We Jews conquered the New Year in September when the shofar blew. That means New Year’s resolutions aren’t our problem: we already vowed to change in the fall. Then spent the season drowning in guilt for failing to keep our promises. Want to go through the torture again? I don’t.

On Yom Kippur back in 5772 (High Holidays 2011), a self-imposed ban on sex before marriage went into effect. Fell off the wagon for a few months, then renewed my vow of celibacy in time for Passover. I am speaking truth, people. I’d had enough of my Jewish-boyfriends-plus-goys-on-the-side way of doing things. Stayed dry for months.

But my 91-year-old grandmother thought I was becoming “queer”.  So when the shofar sounded 5773 (High Holidays 2012) I amended the resolution: abstain until marriage-material. Meaning he can afford a Manhattan day school and recite the Friday-night blessings from memory. Growing up religious really screws up what you need out of a man. Great at building things–who cares? Can punch out any tough guy for looking at me in an odd fashion–save your sweat. Can lead a Passover seder in Hebrew—hey, hot stuff, give me a call. 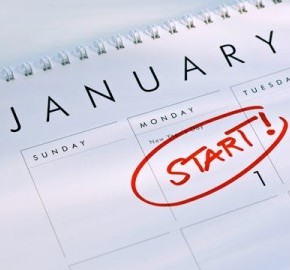 Finally, in time for Hanukkah, there he was. My savior. The childhood friend of a mutual bestie whose name always came up in conversation as the “Web designer with all the Puerto Rican girls.” The mutual bestie threw a Friday night party, and I asked her hot friend to lead the wine’s sanctification for our little crew. Not only did he do it without help, he recited the entire Shalom Aleichem prayer. Three times, which suggested, if not Aspergers, that he grew up Orthodox like me.

Which brings me to those oaths that are so hard to keep.

I cheat–on men, not tests or taxes or anything major. Way back in 2010—prior to any chastity attempts—I resolved to stop using goyim as a sexual release. Really there’s no difference between Jewish guys and gentiles: one group my grandmother will feed, the other she’ll just deny their existence. No biggie, but it makes one group seem better for flings and the other worthy of discussing whether our neuroses are compatible. Anyway, as all those subsequent resolutions can attest, I broke that early promise often. But now I have my Kiddush-reciting prince and shall be a good girl, I swear.

So is this kosher? I’m friends with this guy who plays in a rock band with this Rabbi who’s like the Hasidic grandfather I never had. This friend sometimes sleeps in my bed. Only because my kitchen is better than his and he likes to cook breakfast. It’s a hard concept to understand, I know, but this guy is a complex creature. So don’t judge. We don’t hook up. We can’t—my big mouth would tell the Rabbi if we did, and you can’t let a Rabbi think you’re a slut. Also cheating leads to cooties. Like, say you’re dating a nice Jewish boy and sleep with… hrm, for the sake of argument, let’s say an insanely hot, half-Filipino, half-Swedish photographer you met in Vegas, ok? And let’s say that photographer leaves behind an itchy present to remember him by. You have to tell the nice Jewish boy he’s the one who gave it to you, right? Well, guess what – he’ll believe you.

Trying to stay clear of drama this time. Not sure if platonic sleepovers are wrong. Boyfriend says yes, guy friend says no.

Compromise. It’s all about compromise.

I can feel the hatred.

See, you guys made me cry.

I feel so bad now.

You ruined my fucking new year.