Worth a Second Look 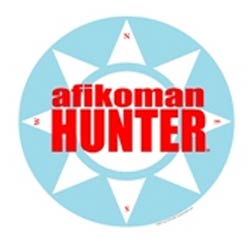 Being the epicenter of Jewish pop culture, Jewdar gets a lot of stuff passed through our virtual transom.  Some is good, some not so good, and some goes either way.  When ad-man Faron Greenfield sent us a blurb for his pharmaceutical parody, Hebrox (it relieves “Jewish Guilt Syndrome,”), we weren’t exactly on a fast train to Thrillsville. Really, Jewish guilt jokes, in the 21st century?  But not only is Faron a friend of a friend, but he’s also a fellow Wisconsin Jew, so Jewdar had to give him an extra look.  And we’re glad we did.  Because while the Hebrox may have been nothing with nothing, Faron also has a line of Jew-themed t-shirts and odds and ends (including bar/bat mitzvah invites) under the “Lowschmaltz” name that made Jewdar sit up and take notice.  Not all are home runs (it should be “dreck happens” not “schmutz happens”), but there’s something about a t-shirt that says “Looking for Mr. Rightberg” or “Does This Shirt Make Me Look Jewish?” that just makes Jewdar feel all warm and Jewy inside.