Whats Wrong With You: Parent Problems (Or, George Saunders Spoke to Me!)

I was recently accepted to a prestigious creative-writing MFA program, but my typical Jewish parents, both doctors, want me to go to medical school. They say I won’t be able to support my future family “the way I’ll want to” as a writer–not that I can’t make do with less, that I’ll be jealous of my friends who don’t have to. Yes, I can be a doctor and also write. Is covetousness a good-enough reason, though? Should I try to overcome it? My parents consider themselves poor because they don’t own a private jet–it’s how I was raised.

Thanks in advance for your thoughts,

A Jonathan Not from Brooklyn 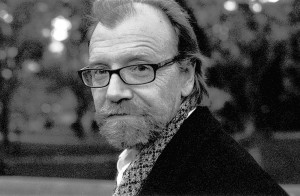 You think you’re covetous now, go ahead and commit to a life of writing: not only will your doctor friends earn more money than you, your author friends will win more awards. But become a physician and you’ll have moments of wishing you were a full-time novelist–the question to ask yourself is which path you’ll rue less. Would you rather bleed your soul over a computer keyboard 24/7 or only on weekends? When holed up in your bedroom pulling teeth from the fifteenth draft of your no-end-in-sight novel, will you think wistfully of your country-club colleagues playing golf?

My intention, after penning the above, was to steer you away from trying to please your parents; whether they know you all too well or can’t see past themselves is worth deciphering only to determine the value of their words. Yet I lost twenty minutes debating knocking vs. tapping for the (ultimately deleted) sunshine outside your bedroom window, and I did not want to miss two writers who make me wonder why I bother–George Saunders and Deborah Eisenberg–reading at Strand. It’s your lucky day, Jonathan–ask a fledgling columnist, receive from the mind that sprung Tenth of December: Stories. (Eisenberg was ill and left early.) I waited on a long line for Saunders to sign my copy of the best book you’ll read this year, and when my turn at last arrived I was emboldened by the free wine. Hence, according to a MacArthur genius (and a Syracuse University professor like my last guest expert, incidentally):

“Study the life history of Chekhov, and your answer lies there.”

“I could say honor thy mother and father….,” Saunders added, with the wry smile of a brilliant satirist, echoing my sentiments indeed. Funny how things work themselves out…. and I’m still basking in the envy of friends because he spoke to me.

My parents divorced when I was ten, and my father remarried and moved across the country shortly thereafter. My mother finally (her word) remarried last month, and apparently it was some kind of competition because she’s been hounding me to call and tell my father ever since. Yuck! I don’t want to get involved! My father usually remembers my birthday (March) so I could tell him then. However, she’s gone from arguing that the news is important to my life, too, to wanting me to call him as a wedding gift. We have a history of me being the one to ask him where the child support checks were, but I’m an adult now, I can say no. I guess my question is, how much should a person compromise her own boundaries in a situation as twisted as this?

Daughter of the Bride

So much concern for other people’s opinions today. The easy way out of this mess would be to contact your father in your mother’s presence–speakerphone or an email to which she’s bcc’d–and open the conversation/correspondence with “Mom wanted me to let you know…..”.

Let’s cut a single mother some slack, though. Gently suggesting that her new husband is whom she ought to be thinking about should short-circuit the argument, and if it doesn’t–maybe she believes she needs closure with her first husband to be a good wife to the second?–at least you’ve planted a seed. Your other options are inventing an unrelated reason to touch base with your father–don’t wait for your mother to suggest sending him a Valentine’s Day card–or that thing you’re old enough to do now, what was it? Right: say no! All the more justifiably because Mom is making refusal extra difficult. (Translation: never compromise your boundaries when somebody’s testing them.)