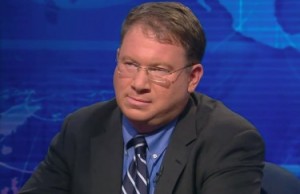 There’s been a lot of talk lately about how to assess the Iran deal. I don’t pretend to have a simple answer to that one. But there are a lot of people who are offering suggested courses of action, not only to this specific deal, but to Iran generally. How, you might ask, do we know who is offering the most sagacious advice when there are so many opinions?

Like any GRE or GMAT test, the first thing to do is eliminate the really bad answers. Okay, so how do you do that? Well, I can’t explain everything in one simple essay, but I can offer you one surefire trick to quickly eliminate a shocking amount of bad choices: Dismiss all essays invoking the Holocaust as a defense for a prescribed course of action. Almost anyone who needs to invoke the Holocaust to justify his idea has a really bad idea.

The Israelis, for some reason, remember that well before Hitler came to power, he had bragged about the idea of killing Jews en masse in his sloppily composed autobiographical Mein Kampf. Few in Germany or abroad had taken the raving young Hitler too seriously. Even in the late 1930s, when German Jews were being rounded up and haphazardly killed on German streets by state-sanctioned thugs, most observers considered such activities merely periodic excesses or outbursts from non-governmental Black- and Brownshirts.

Why is Mr. Hanson snarking on about the Nazis? Because he believes that Israel would be correct to do something really, really foolish. That is to say, initiate a war with Iran. This is not a good idea. This is not a defensible idea. So he talks about the Holocaust instead of explaining why this is a good idea. If you don’t support his otherwise indefensible idea, you are not taking a stand against the Holocaust. Or at least, the conversation is shifted away from why the proposed policy is foolish and irresponsible, and instead how the situation is or is not like the Holocaust. How long will guys like Hanson play this stupid game? As long as we let them.

The Holocaust isn’t needed when defending sound policy that makes sense. Rather, the Holocaust is too often employed to specifically defend policies that make no sense, such as calling for war without having a coherent strategy for winning the war or achieving a better tomorrow. And it isn’t just cuck bastions like National Review that are guilty of this. Don’t forget that one of the greatest cheerleaders of the Iraq War, Jeffrey Goldberg, helped defuse liberal resistance to the Iraq War precisely through employing this tactic, noting, “Saddam Hussein’s attacks on his own citizens mark the only time since the Holocaust that poison gas has been used to exterminate women and children.”

Was war the best answer? Is the Middle East a safer place? Is Israel better off? And did American intellectuals do the right thing allowing the pundits to silence our concerns about the wisdom of an Iraq War through referencing the Holocaust? And if not, why will it be different this time? Because it feels more like 2002 all over again, much more than 1939.

Perceiving parallels between 1939 and the present situation does not make a policy a sound policy or a best policy. If that is the best defense offered for a policy, it is usually because the specific policy being advocated is not defensible, and if the proposed policy is followed, it will lead to even worse misery than the present. So move on to the next essay.

Let’s not get conned again.