The Bright Side Of Being Single 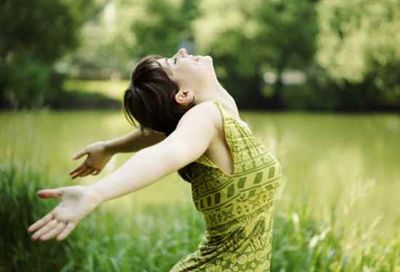 As a single woman, I find it helps me to think of all the negative things about relationships. Just the whole point of them in general, all the time and patience they require. A lot of it can be pretty dumb. Not like frisbee golf dumb, but close. It’s a healthy exercise (claim not supported by any scientific evidence). I just curl up with a tiny bottle of whiskey, ignore my mom’s voicemail messages to join JDate, and list all the cons. This is some of what I came up with:

I Have To Learn Stuff About That Person. A lot of Stuff.

This is a constant thing that happens from the start to the finish of a relationship. As soon as me and this person lock eyes and decide on being romantic with one another we both instantly feel like we need to know every single thing about each other. Thus ensues a cheesy, boring, and cliché onslaught of cutesy romantic crap like talking on the phone till 3am or staying in bed together for a whole day and bonding over all the ways we think we might die. On top of that, in order to be a good boyfriend or girlfriend you’ve got to really internalize these things too.
You have to know their favorite movies, favorite music, certain food allergies, why the went to prison, why they were in a mental hospital for six months, etc. All for the sake of intimacy. What’s the reward? They feel comfortable farting around you, and asking you to pop their butt pimples. Cool. Awesome. Great.
Then what happens when you eventually break up? You have to forget all that information. Now all that stuff you learned is useless. You can’t forget it though. It just swarms in your head taking up valuable brain space, which sucks ‘cuz it’s hardly ever useful information either. You’re never going to need to know any of this stuff in say, a life or death situation or if you’re a contestant of Jeopardy. No, you’re just stuck for the rest of your life knowing that Shawn is convinced all Jewish girls get turned on by Neil Diamond songs (only partly true), and that Zach has a weird armpit fetish.

Haha yeah duh. If you’re in your twenties then there is a 97% chance your relationship is not going to last. Obviously, the older you get the more likely you are to give up and finally just settle down with someone. Anyone. Even then your chances of getting divorced are super high (But I won’t get into that). We still do it though- We still commit ourselves to these people that we know we are not going to last with. When I am dating someone I am constantly thinking in the back of my mind, “Why am I doing this? What is the point? We are going to be over any day now. What’s happening?” Then we continue chugging vodka from a water bottle on our way to a movie theater.
A lot of times people will refute me saying stuff like, “hey idiot, my grandparents met in high school and have been together for fifty years. How do you explain that?”
Yeah okay good point, but I mean duh they’re still together. They started dating in the 50s or some shit. That was a long time ago. Things were different then. It was a time when dating was called “going steady”. They were generally more conservative. They didn’t hold hands till the sixth date, and probably didn’t have sex until marriage. Bet you ten bucks they’re just learning now what doggy style is (you’re welcome for that image).
Everything is different now. We’re more progressive, more complicated, and ultimately sadder. We have websites for finding one night stands. We have the phrase “fuck-buddy”.

It’s over. Time to be alone and miserable. Time for friends to try and cheer you up by taking you out drinking and promoting promiscuous activity. Instead of being promiscuous I get embarrassingly drunk and text/dial the guy that just dumped me. In my drunken state I always think to myself, I’m being quite the slick chick. Check me out, all calm, cool, and collected. Then the next morning I read over my 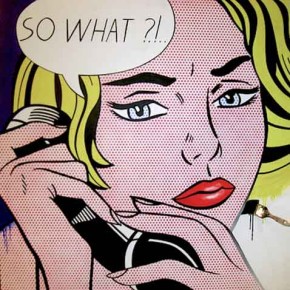 texts and see that I sent messages like “dude you suck” and “my stomahc volcano lets be cuple aggrivation”. One time I called and ex and ranted for twenty minutes about how horrible my bat-mitzvah was (12 years ago) and how he was worse than if I had that same bat-mitzvah three days in a row. So yeah, I get pretty pathetic.

When I’m in love I’m a total weirdo. All I do is think about that person, and want to be with them. It’s such a waste of time. I could be doing awesome things like writing a screenplay about a Frasier Crane fighting space sharks, or applying to grad school, or something awesome like that. However, I don’t. Instead I go to their place and watch horror movies with them until 3am. Okay maybe I am being unfair since I did that exact same thing last night, alone in my room when I very well could have been doing productive things. Relationships are distracting, and you can’t help it cause it feels so good and you’re in love.
It takes a long time to get out of that new couple, lovey-dovey stage. You’re both so smug and into the relationship thing that you forget to do other things like pay your rent on time or shower. That’s not just me right?

What’s my solution to all this? Nothing. Absolutely nothing at all. There is nothing I can do about it. I completely and totally understand that my brain won’t let me feel differently. No matter what, I am always “down for a mate”. That’s just how people are. It has been this way for thousands of years, and will be this way till the apocalypse finally hits any day now. I’m just saying I’m starting to care a lot less about this one facet of life. I’m not going out of my way, nor am I determined to find someone. If someone happens to appear that I feel I just have to be with then yeah, I will probably go ahead, in spite of all these downer things I ranted about because that’s how it is. For now however, I ask my fellow single friends to rejoice. Revel in how awful being a couple is, until you’re finally in one. Then when you break up, revel again.