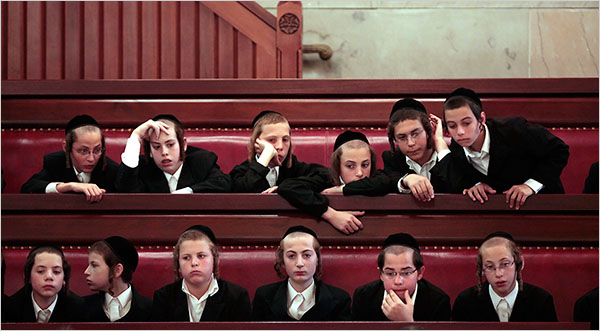 Anxious about legitimacy and impending nuclear war, a new poll shows Israelis also fear that the country’s becoming too Jewish. Clearly, black-hatted, payis-sporting members of the ultra-Orthodox get more action than we realize (or care to picture) — population trends predict that the haredim will soon constitute a majority in Israel.

Of the secular Israelis polled, more than half said they “fear for Israel’s existence” as the haredim take demographic control, and some want to revoke the benefits the ultra-Orthodox currently receive, which include state-granted funding for religious education and exemption from army service. 12 percent even claim they’ll leave the country if it’s overrun by the god-fearing prudes. So unless the secular plan on staging the first pogrom ever headed by Jews, they had better start getting very busy, very irresponsibly. Birthright, anyone?