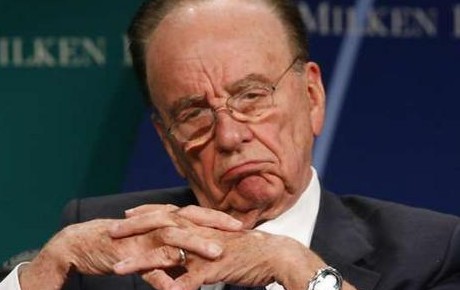 So, we all collectively know Rupert Murdoch is The Worst, right? No surprises there?

OK, great. Now that we’re on the same page…

If  you hadn’t heard, Murdoch sent out a tweet (wait, he knows what Twitter is and still has the strength in his  talons to type?) pondering why the “Jewish owned press” was coming off as so anti-Israel in the midst of the ongoing Israel-Gaza conflict. Here’s Murdoch’s (or his Romanian sex slave/intern’s) original Tweet:

I realize the irony of my decrying this tweet, as I am a journalist on a Jewish-owned website, but REALLY Rupert Murdoch? Many were as flabbergasted as I, so Murdoch bowed to the pressure and sent out this heartfelt apology:

Murdoch later called his tweet “awkward and inappropriate”. And THAT’S WHAT SHE SAID, RUPE.
Yeah, he’s old and gross.