By now, we’re all familiar with the Bill Maher vs. Ben Affleck debate of 2014. Maher and author Sam Harris said some damning things about Islam, Affleck fired back that these things were racist, and millennials had something to argue about on Facebook for a good two days.

Some, like Rabbi Shmuley Boteach, wrote editorials so that those beyond their immediate social media circles might have the benefit of their opinions. In an op ed in The New York Observer, Boteach claims that Affleck was wrong to compare Muslims being violent to Jews being shifty, because Jews who are being shifty are doing so in the name of God. This is a problem for Boteach because “violence in the name of Islam is not being condemned by a sufficient number in the Islamic mainstream.”

I can’t help but wonder – what does Boteach deem a “sufficient number?” It’s obviously not enough that a group of British Muslims created an entire “Not In My Name” movement to voice their anger at ISIS. Obviously not a big enough gesture that the Secretary General for the Organization of Islamic Cooperation, Ameen Mandi issued an official statement condemning the persecution of Christians in Iraq. Not enough of a statement that Mehemet Gormez, the top cleric of Turkey, spoke to Reuter’s about ISIS’s views on Christianity, saying “The statement made against Christians is truly awful.” OR, that he went on to say exactly what Boteach seems to be requesting: “Islamic scholars need to focus on this (because) an inability to peacefully sustain other faiths and cultures heralds the collapse of a civilization.” 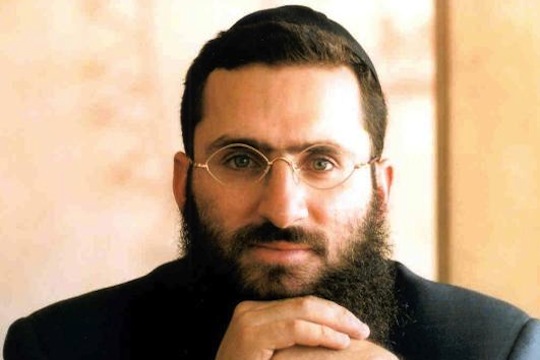 Or maybe Rabbi Schmuley simply isn’t looking for Islamic leaders who are condemning violence? After the all, the internet is a big place, and if local Muslims wanted us to know how friendly they are, they would be knocking on our individual doors with a smile and pie, right?

But if there aren’t a “sufficient number,” as Boteach states, the question remains, “Why should moderate Muslims be responsible for condemning extremists?” When was the last time Laura Ingraham condemned Christian leaders for not speaking out against The Westboro Baptist Church? The KKK purports to be a Christian organization, yet somehow Sean Hannity seems perfectly capable of differentiating between a mainstream, non-violent Christian and the member of a hate organization. Are we not capable of understanding the difference between a friendly Muslim and a scary Muslim unless they walk around with a badge saying, “Not with ISIS!”?

But since it is so important to Boteach that members of a religion speak out against wrongdoing by other members of that same religion, let me take this opportunity to apologize on behalf of all Jews for Boteach’s editorial. I am sorry, other humans of the world, that a tribesman has missed the mark here, and while I have no more authority to speak for the Jewish population that Boteach claims moderate member of the Islamic community do to speak for their more violent members, please accept my gesture as a sign that not all Jews expect all Muslims to apologize.

On the other hand, maybe Boteach is onto something. Maybe, just maybe, the world would be a better place if we all walked around with just a little more shame based on the actions of other people we can’t control.