Odds are in the next 24 hours, your paranoid aunt is going to forward you six or seven emails which prove, beyond a shadow of a doubt, that Spanish fashion retailer Zara’s decision to sell (and subsequently yank) a suspiciously Auschwitz-y looking children’s shirt was the result of deliberate, malicious antisemitism and not the product of lazy design and poor decision making.

Admittedly, the shirt is… not good. 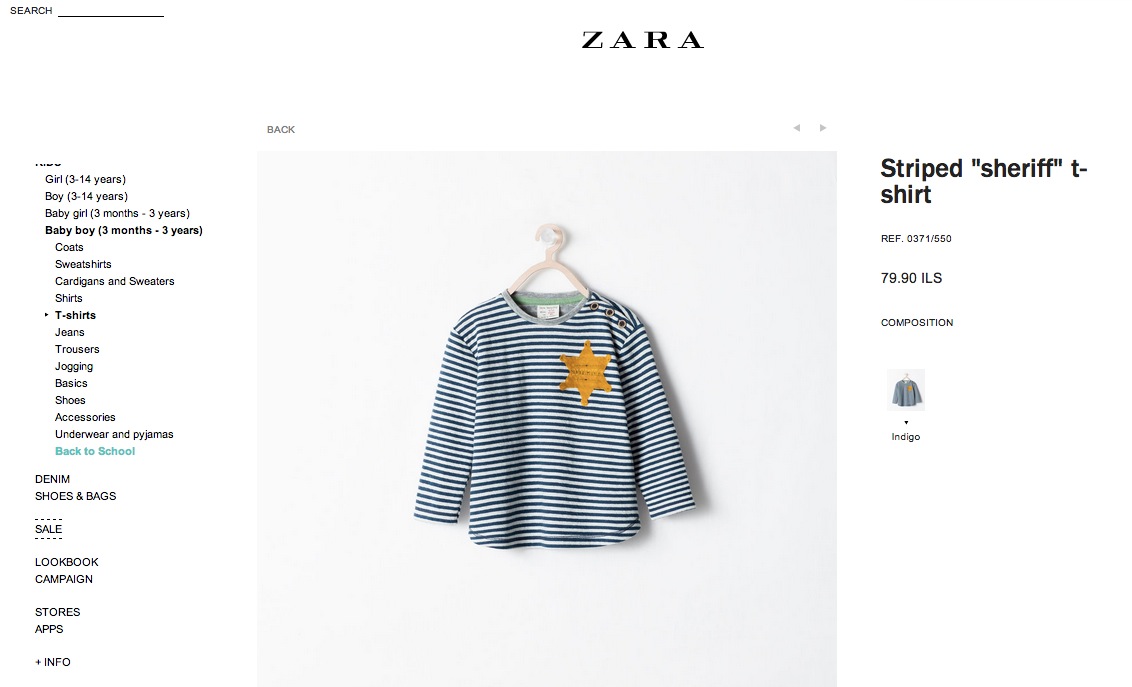 The faint writing over the “Jude” star is actually the word “Sheriff” because, as Zara’s thinking evidently went, this is totally what John Wayne would have worn in Rio Bravo. Zara had been selling the shirt in number of their online storefronts across Europe, and, yes, in Israel.

To their credit, Zara immediately pulled the shirt after +972 discovered the retail SNAFU and pointed out to the world that this particular piece of kiddie fashion looked like a prop from Schindler’s List:

@eylanezekiel We honestly apologize, it was inspired by the sheriff’s stars from the Classic Western films and is no longer in our stores