Joe Lieberman’s Plan to Shut Down the Internet 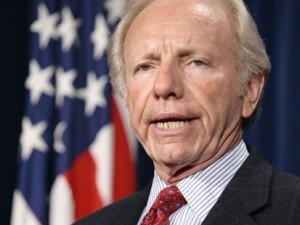 In a spectacular demonstration of douchebaggery, Senator Joe Lieberman has proposed the “Protecting Cyberspace as a National Asset Act.” If passed, the bill would allow President Obama and a newly created branch in the Department of Homeland Security called the “National Centre for Cybersecurity and Communications” to order all Internet providers and search engines to shut down should a “cyber-9/11” occur. Say it with me now, What The Fuck!

The bill has already been heartily mocked and lauded all over the Liebs-threatened Internet, but we would like to tip our yarmulkes to True/Slant for coming up with the funniest response yet in their piece “Joe Lieberman Proposes Internet Kill Switch, World Proposes Joe Lieberman Kill Switch.”

After Senator Joe Lieberman proposed a bill yesterday that would give the President the ability to ‘kill’ the Internet in case of emergency, an important counter proposal began circulating the nation: a Joe Lieberman kill switch.

‘We’re not saying we would kill Joe,’ Litner continued, ‘just incapacitate him so he can’t do anything stupid, like try to strip American citizenship from anyone suspected of terrorism or, you know, run for office again.’

Alec Baldwin Has No Use for Joe Lieberman