Inside The Mind Of The Last Jewish Waiter: Scoliosis (In Jesus’ Name) 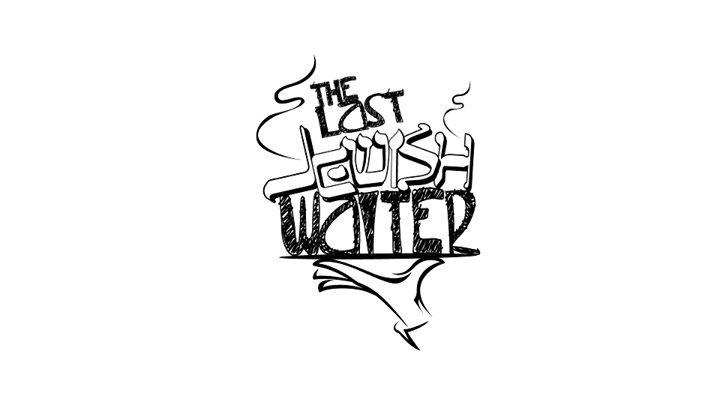 So, it was my first day back from a one week suspension, and it was slow, and my neck was killing me. I had slept funny, and now couldn’t turn my head to the left. Fanny, my fellow waiter is first to comment in her thick Ecuadorian accent: ‘What’s wrong with you?’ she yells, and gets laughs from the guys. Franklin follows her quickly making fun of my neck. ‘You look fucked-up, Jew.’ He shakes my hand hello.

It’s been the coldest winter that I remember in a long time. According to facebook, it’s the coldest February in ninety years, and I believe it. Needless to say Katz’s is way slower than usual. It’s probably way busier than most places in New York this time of year, but on a Wednesday lunch it’s slim pickings out there. The waiters look at each customer like they’re a juicy steak. And we fight.

When it’s busy we fight with the other Katz’s staff to get our stuff (sandwiches, omelettes etc..), but when it’s slow the waiters tend to fight among each other, mostly because of Lenny (an incredibly argumentative waiter whom i adore) but really because of money.

That’s when five young attractive Australians sit down at one of my only two filled tables in my half empty, four table station.

The other table is a deuce of New Yorkers: Construction worker types. All those dudes always get hot dogs. Every time. Like three each.  Anyway, I tend to serve the New Yorkers quickly, because that is my policy and hot dogs are quick.

I get back to the Australians. They look like actors in a movie about a pop punk band peaking in popularity. They are: Three handsome guys, two shaven clean cut model/bullshit rock and roll types, and the other one with a thick beard. He seems like the elder of the tribe.  One of the women is a very pretty black punk girl who reminded me of the skinhead girls in the Sid and Nancy. She had half her head shaved and the other half in braids, or corn rows or something.  The last woman was blonde, and extremely beautiful. She looked like a mermaid: It was as if she glowed. Eyes around the store fixated on her. She had that thing that makes people take notice. 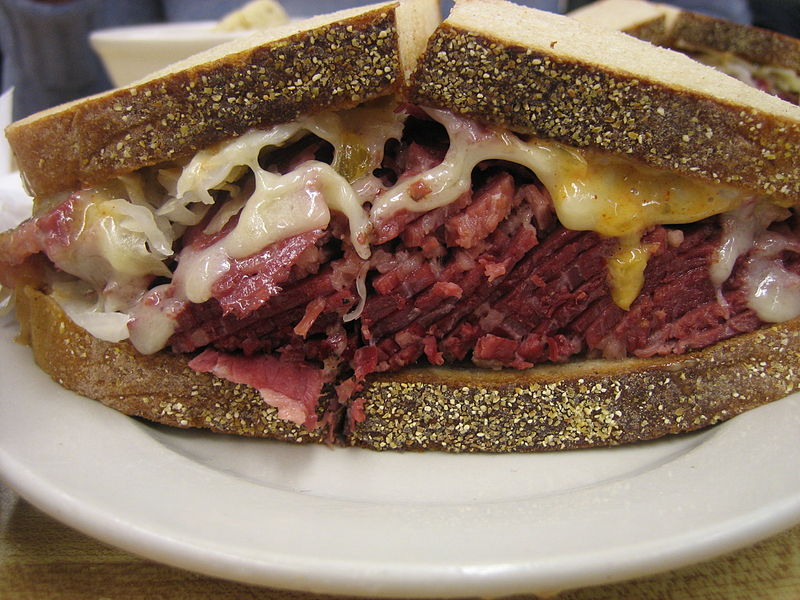 The whole bunch of them were probably in their mid twenties and radiated youth, potential, and crazy confidence. Usually I meet these types with an even mix of appreciation and jealousy. I’m excited that they exist and that they’re beautiful and young. I’m jealous for the same reason. These types, like all types, came to Katz’s often, although they’re rarer than guidos from Staten Island, or families from England. (we get tons of English families).

I take the aussie’s order: One pastrami sandwich, a reuben, a salami omelette and the mermaid orders a hot dog. I thought that was funny. It turned out they weren’t actors, or a band on tour. Just some super attractive folks on holiday. They were checking out New York on their way to Las Vegas and Los Angeles. These kids had the life! I start to get their stuff, joking with them that they should start a band. (As i write this i realize what a weird old man i’ve become.)

I get their drinks, and sandwiches and hear the Katz’s guys talk about how hot the mermaid at the table is. They’re right, so I decide to go in for a closer look. When I get there, the hot dog is gone, and I find her digging into a Whole Foods bag.

‘What have you got there?’ I ask sarcastically.

‘Split Pea Soup.’ She answers earnestly, with a big smile.

‘You do know that we sell Split Pea Soup here too.’

I’m pissed. Who the fuck goes into a restaurant with food from another place? It offends me. I don’t know why these things cut me to the bone at work. I don’t think it’s pride in Katz’s. I really like our split pea soup-it’s hearty good soup-but it’s not the fucking greatest split pea soup on earth. I mean, I bet its on par with Whole Foods split pea soup. Besides, it’s not like this girl came in with a quarter pound of pastrami from Whole Foods. That would be nuts. Just the thought of it makes the rage center in my brain tingle. I wish I didn’t care so much. I mean why should I care? It’s their lunch – they should be able to get what they want. Who am I to tell them what to do, and why attach any emotion to it at all? I don’t know when I became such a fascist, I like to think I’m cool, and chill, but it turns out I’m not. This pisses me off too.

Even though this girl is annoying the shit out of me, and i’m furious, she remains radiant as ever. I think this probably made me even angrier. The power of a beautiful girl – such a crazy unfair aspect of the universe.

‘Why didn’t you get a hot dog from Whole Foods too?’ I say. I’m trying to make a point here.

She smiles demurely ‘I heard yours were amazing.’ 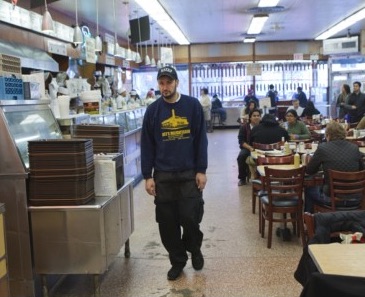 ‘In fact can I have another one?’ She tilts her head, radiating ridiculous sex appeal. But I am unmoved.

‘Yes. I’ll get you another one. But first, don’t you realize it’s bad form to bring food to a restaurant?’ I confront her.

Her face contorts and her hard core Australian accent blasts me with both barrels. ‘Um, no. In Australia we just have to buy some-thing.’

‘So you go into a restaurant with a meal and buy a soda?”

‘Exactly.’ The other girl at the table joins in. I think I laughed, or maybe I stare angrily. I can’t remember which.

Whichever it was, this causes the elder of their tribe to stir: ‘I don’t think it’s such a problem though. Right mate?’

I get the hot dog and bring it to the mermaid girl. I make sure their meal is still going ok. I want this to end well. Sure, they had brought in their own soup, but through deep focus and with the grace of god, I had gotten over it, and they had too. They were quiet and happily eating, our conflict had passed us.

I go back to the hot dog eating construction workers at table 2. They are in a rush to go, so i give them the check. I make my rounds around the store. I listen to the guys tell a story about a girl who had gotten punched in the face waiting on line for pastrami the night before. Just another classic Katz’s moment, however this one had caught fire online and ABC news was coming down to cover it. I smiled to myself and wondered why they couldn’t cover my Syrian Electronic Army story.

I go back to the Australians. They are done eating, and sit contently. They tell me how they enjoyed the meal. I tell them that next time they shouldn’t bring their own food. Everyone laughs. The mermaid girl interrupts and the table goes silent. 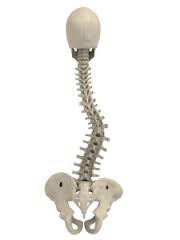 ‘Are you in pain?’ She stares directly into my soul.

‘I see it. Do you have scoliosis?’ She looks at me like I’m dying in a nursing home.

‘No. I thought you were talking about emotional pain.’ I trail off for a second. ‘No, I just have a stiff neck, I slept funny last night.’

‘Are you sure?’ She clearly wants to help me, which is nice, but still sad. I’m a deformed monster to this angelic, Australian beauty.

‘Would you like me to pray for you?’ She asks me sweetly.

Just as quickly I change my mind. ‘Sure, you can pray for me, no problem.’ I figure I can use all the help I can get.

I am stunned. ‘Sure. Go ahead’ I say and she puts both her hands on my forearms. I notice she’s got a tattoo of a quotation on the inside of her upper bicep, but it’s too small for me to read. In retrospect, it could’ve been a bible verse, or a lyric from Creed. Anyway, she puts her small hands on my forearm and says:

‘Please heal this pained waiter. In Jesus’ name.’ She commands.

I thank them and they leave and I wonder – could this Australian mermaid have healed me? Never in my life had I felt more like Quasimodo, when had this happened to me? Was it just the stiff neck or was it my awful spine twisting posture? or my growing belly or my greying beard? No matter which it was, this encounter felt like straight pity, I file it in my brain to examine more closely for a later date. I try to stand up straighter and right myself, I turn my neck as far as it’ll go, and shuffle off to the next table. It looks like our regular Methadone guys want waiter service.