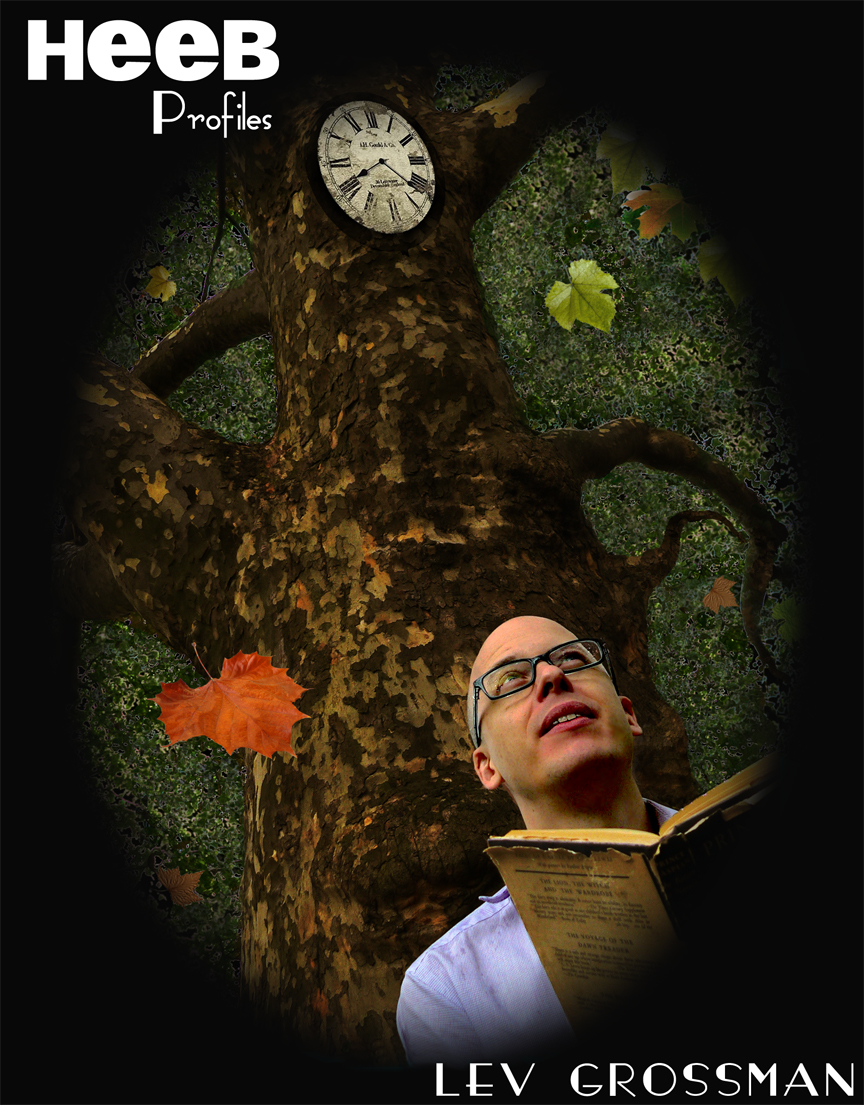 According to Lev Grossman, we are in a golden age of fantasy literature. Though Harry Potter may have cast his final spell, dragons are breathing fire on every subway car, airport and iPad in America as millions devour A Song of Ice and Fire, the sprawling fantasy series that HBO’s Game of Thrones is based on. People want the immersive experience of entering a fantasy world, but balanced with some measure of realism. No matter how many prophecies are told or zombies slain, George R.R. Martin’s novels are grounded in a believable, grim and identifiably human life. We want to escape, but we don’t want our escape to be utterly unrecognizable. The best heroes are the ones in which we see a reflection of ourselves.

Perhaps this is the reason why Grossman’s books, New York Times bestsellers The Magicians and follow-up The Magician King, are so spellbinding. Pun obviously intended.

The Magicians reads like the ultimate fanboy wish fulfillment, self-insertion dream. Brooklyn loser Quentin Coldwater, a socially awkward, clinically depressed and precociously brilliant dreamer finds out that not only is magic real, but he has the chance to study it at the exclusive Brakebills Academy. Sound familiar?

But Brakebills is no Hogwarts: students must prove their aptitude before they are accepted and once enrolled they spend countless hours learning difficult spells that are more complex than most trigonometry problems. The Brakebills coeds also get up to more adult shenanigans than Harry, Hermione and Ron did, spending their non-class hours drinking wine and having sex in a private clubhouse. Upon graduation, Quentin and his friends discover that the magical world of Fillory, the subject of a series of Narnia-stand-in novels that Quentin counts as a secret obsession, is real. But once they journey there they find that Fillory, like Brakebills before it, is not the idyllic fantasy world they expected. Yes, there are talking animals but they are more likely to be found passed-out drunk in a tavern rather than aiding heroes on epic quests. The infamous clock trees planted by the mysterious Watcherwoman are as eerie as they are beautiful. And an unassuming Englishman in a grey suit is a frightful, carnivorous beast with startling ties to the Fillory novels Quentin and his friends grew up with.

The Magicians and it’s sequel (as well as the upcoming third installment in the series, which Grossman is currently working on), attempt to answer – through captivating storytelling, complex characters and arresting action – a question every nerd who’s ever gone to Comic-Con has undoubtedly asked themselves: If you actually did wind up in Narnia, or Hogwarts or Middle Earth, would it (magically) solve all of your problems? “The answer, of course,” Grossman says, “is no.”

How did The Magicians happen? When did you know that you had to write that?

It’s like any major geopolitical conflict, it had multiples causes. I had the idea for the book in 1996, which I’m slightly insistent about because that’s a year before the first Harry Potter book was published. Not that I wasn’t inspired by someone else, but it was Ursula le Guin, not J.K. Rowling, who got the ball rolling. I tried not to use the word rolling in that sentence but I just failed.

I read A Wizard of Earthsea and got the idea for a book about a boy going to school to learn magic. Then I had a dream about a man in a grey suit invading a classroom and I wrote that down…and then I did nothing for eight years or so. It took me a while to understand that fantasy was my idiom. I had been educated very expensively by people who were not into genre fiction at all, who didn’t have a good sense of how powerful and complex it could be. It wasn’t until 2004 when a couple things happened: I read a novel by Susannah Clarke, Jonathan Strange and Mr. Norell. I loved that book, it was astounding to me, It was so sad and beautiful and complicated. She was saying things with fantasy I didn’t understand could be said, with my Dungeons & Dragons background. She was the one who opened my eyes to what fantasy was. Then my twin brother showed me a book he was working on and my daughter was born. A lot of emotions that had been buried come flying out and suddenly I felt like, for the first time in my life, that I had something to say. So there it is, I had some personal turmoil and I read some very important books. And I also I was bored of waiting for Harry Potter and the Half Blood Prince to come out.

How much of you is in Quentin?

A lot of 17-year-old me is in Quentin. He’s a bit of a pain in the ass. I was a lot like Quentin when I was 17: I was too clever for my own good, I had a certain brand of mild clinical depression and I was a huge fanboy who had trouble paying attention to his own life because he was certain he was going to stumble on a portal to Narnia at any minute, then all this shit like grades and college would be totally irrelevant.

When you finished the magicians were you already thinking there was going to be a sequel?

I didn’t think about that at all. The Magicians was written on spec. Novels get written one of two ways: you pitch the idea to a publisher and they pay you in advance and then you write the book. The other way is, you sit in your bedroom/office and come up with this idiotic idea for a book that nobody will ever publish and you spend five years alternately writing it and berating yourself for doing this futile thing.

I did the second kind. I didn’t have a contract or anything for The Magicians, it was just something I was doing in my spare time. It seemed so improbable to think that The Magicians would ever be published that to plan a sequel to that would be to tempt the gods. I didn’t want to jinx it. I didn’t think about a sequel at all until The Magicians was in print, until they were actually printing copies and there was no way they could back out. And fortunately I’d left so many huge, gaping plot holes in The Magicians that there was room to drive a sequel through it.