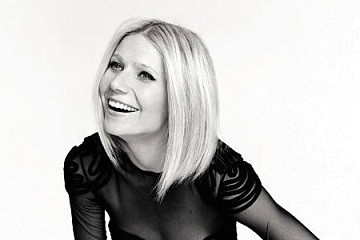 People seem pretty excited about the news that Gwyneth Paltrow is reportedly converting to Judaism, but truthfully, it’s not like this is a seismic shock to anyone who’s been paying attention to the Goop-y star’s Semitic trajectory.

So, yeah, this shouldn’t really be a surprise to anyone at this point.

Apparently, though, Gwyneth’s conversion isn’t just about her personal Jewish identity (which seems to be doing just fine on its own) as it is about her kids’, as well. Reports Page Six:

…Paltrow had said she wants to raise her daughter, Apple, 10, and son, Moses, 8, in a Jewish environment, even though their father is Christian.

That father, of course, is Paltrow’s “uncoupler” in crime and human nyquil, Chris Martin, frontman for that inexplicably popular band you haven’t thought about since freshman year of college.

Regardless – Mazal tov and welcome to the tribe, Gwyneth! It’s been a long, painfully obvious time coming, but we’re happy to have you nonetheless.