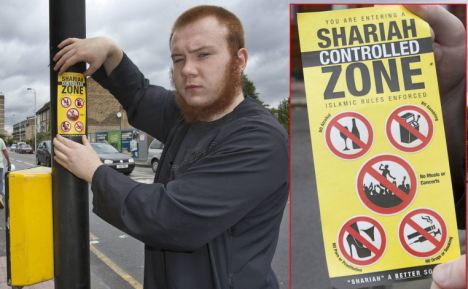 According to a recent report from Breitbart News, an exorbitantly large number of converts to radical Islamic groups like ISIS are redheads. Leaving aside that these findings are based entirely on newspaper coverage of the conversions, and not actual scientific research – WOW, what a story, right? The Breitbart article claims this phenomenon can be traced to the all around shitty lot gingers are handed in life – namely, bullying at an early age.

Such reports are indeed alarming. And so, on behalf of the ginger community, I feel it is my duty to call out to my befreckled brethren! My fair-haired friends, I beseech you: Don’t follow in footsteps of those like you who have gone down the path toward red-icalism. If you need convincing, here are six good reasons why you should resist the strong temptation to join radical Islam, and really, the extremist version of any Abrahamic religion:

1) Did you see that “red-ical” joke I made? Do you really want to be a part of anything that leaves the door open for such an awful pun? Aren’t you looking for a club where you can AVOID clever slogans being hurled at you?

2) Don’t ginger dudes know they generally look better without beards? If you want to avoid bullying for your red hair, maybe not the best idea to grow even MORE of that hair all over your face.

3) Joining up with radical groups like ISIS will preclude you from having many fulfilling sexual experiences. Here’s a short list of sexies you can’t schtup:

But the most important reason, my ginger brothers and sisters, that you shouldn’t convert to radical Islam is:

5) Do you really want to prove Breitbart News and their conspiracy theories correct? Do us all a favour and get a hobby like chess or homemade moisturizer making. Not only will you be making Breitbart look foolish (as if they need help), you’ll be staying inside, protecting your ivory skin from that flaming orb that you probably now believe revolves around the Earth.