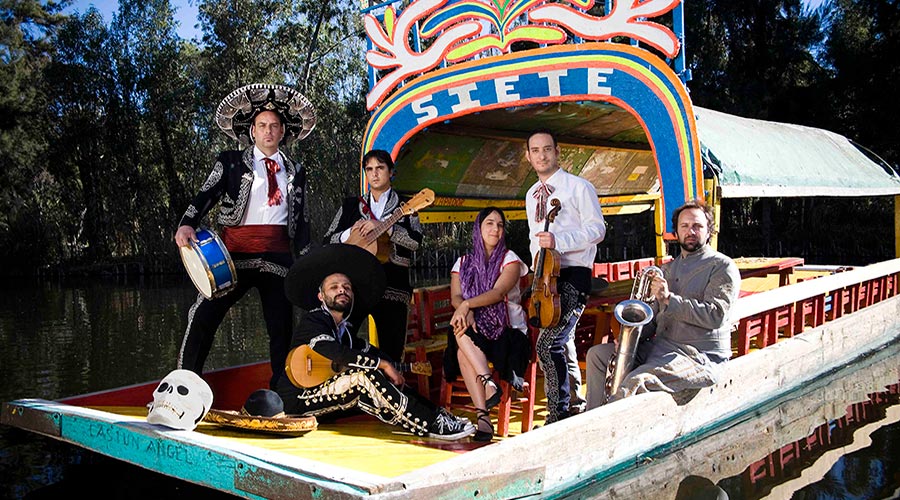 Below is a preview of each of these utterly unique yet uber-accessible acts: 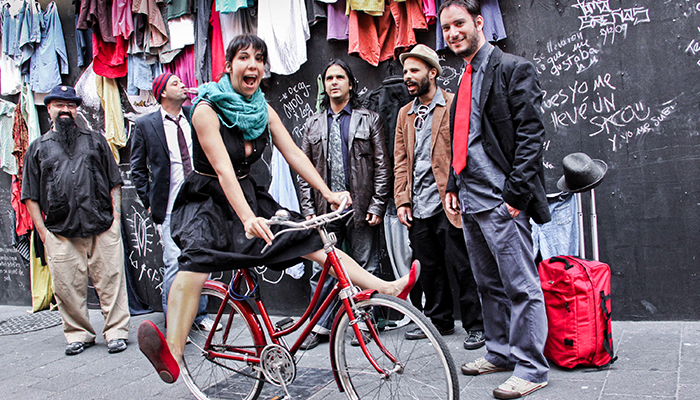 Klezmerson, led by violinist, pianist and composer Benjamin Shwartz, will be debuting music from their newest album, Amon,  a jazzy psychedelic Henry Mancini-meets-Xavier Cugat maestropiece which is also number 24 in the Book of Angels series,  in which each volume, a different band interprets John Zorn’s Masada compositions.

Says Shwartz, “when Zorn gave us the tunes, I felt a lot of responsibility , the idea was to melt Klezmerson style with his tunes. It took a lot of work and time to figure out how to use traditional instruments in a different way they are meant to be played. The idea was to look at Zorn’s music from a different angle, our angle, and after 10 years, I think this is our best album.”

Eve Sicular, the drummer and leader of Isle of Klezbos considers this night different from other nights:

“We’re thrilled to be featured as part of the panoramic array of KulturfestNYC. Isle of Klezbos has been bringing a soulful, fun-loving powerhouse all-gal approach to klezmer for 18 auspicious years, and we’re glad to join forces as native New Yorkers with an international festival bringing the Folksbiene into its new century.”

The below video is from ISLE OF KLEZBOS: Live from Brooklyn, a robustly recorded romp that perfectly captures the sumptuous sound of the ensemble.

See you at both shows!