Anyone who’s spent more than, say, fifteen minutes on Facebook has almost certainly evolved the biological ability to completely ignore most, if not all, of that sites sidebar advertising (either that, or they’ve suffered a complete mental breakdown). Facebook ads are about as ephemeral as it gets – one second they’re there next to your newsfeed, you ignore it, and never see it again. But some Facebook ads, it turns out, are worth a second look…

Tuesday afternoon the following screenshot of an ad for catholicsoulmates.com flashed across my twitter feed:

But, wait a second, I’ve seen that picture before, haven’t I? 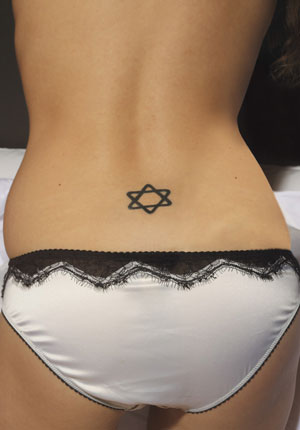 That’s right, this Catholic dating site took a fairly ubiquitous image of a particularly Jewish butt (hell, we’ve even used it here) and gave it a decidedly un-kosher photoshop update. Forget Mormons posthumously baptizing Jews, this is a real travesty!