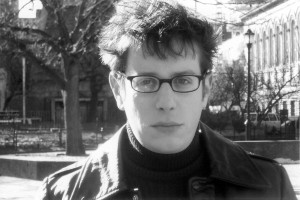 Between 2004 and 2010, Heeb Magazine became a veritable dream come true. Not, to be sure, Heeb founder Jennifer Bleyer’s dream of making a hip but socially-conscious Jewish magazine for 20-something progressive Jews, but rather, Joshua Neuman’s dream of taking someone else’s magazine and ruthlessly converting it into a vehicle for his own obsessions and fetishes. Let’s look back at the rise and fall of perhaps Heeb’s most polarizing figure of the past 10 years.

Early Heeb readers (and it does seem that while in those years, subscribers were fewer, more of them were actually literate) viewed Neuman’s ascension as the nadir of magazine’s history. His goal was simple—to turn Heeb from a mere magazine into a lifestyle, what would come to be known as the “Fabulous Heeb LifestyleTM.” It would be a lifestyle defined by staff meetings held in editors’ studio apartments, desperate rushes to get to the release parties before the free beer ran out, and, innumerable explanations as to why, even though you were an editor at a high-priced, glossy, internationally-renowned magazine, you weren’t getting paid.

Along the way, the magazine changed. Like Patrick Dempsey in Can’t Buy Me Love, it went from being earnest and sincere, if somewhat socially awkward, to being hip and dazzling, but ultimately empty, and without the love of Kristy Swanson. Indeed, so divorced did Heeb ultimately become from its roots that it forgot that it’s love interest wasn’t even played by Kristy Swanson, but by Amanda Peterson. “Who?,” readers might ask? “Who indeed?”

Of course, Neuman didn’t do this alone. It takes a village to raise a child, and every village must have its idiot. As many observers would agree, the village idiot in this case was Heeb Humor editor, David Deutsch. His role—indeed, the creation of his very position—was one of the first and most important steps taken by Neuman to transform Heeb. Under Deutsch’s careful direction, the magazine became the world’s premier source of Holocaust jokes, circumcision puns and references to The Love Boat’s Bernie Kopell, and a target of both admiration and excoriation around the globe.