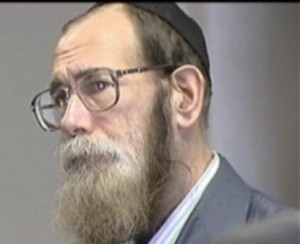 Today, the Boston Globe reports that Stanley Z. Levitt, a former religious studies teacher at the prestigious Maimonides School in Brookline, is accused of having molested up to five former students 30 years ago. The Orthodox Rabbi, who also faces charges of sexual abuse in Philadelphia, is hoping to get the charges dropped based on the age of the allegations.

Among the many disturbing claims made by the former students is one man who says, on a field trip to Montreal, Levitt directed the class in a naked mikvah. Wildly inappropriate.

As someone who grew up in Boston during the Catholic Church sex abuse scandals in the early 2000s, I have to wonder – isn’t this much, much worse? We were able to blame the Catholic Church itself for the priest scandals. Nobody was all that surprised that an institution which forces its clergy to be celibate ended up with a bunch of wrinkly hands up altar boys’ robes. But, in Judaism, we acknowledge the glorious gift of sex and allow our clergy to be married and have all the bearded kink they want. So, basically, all this dude can hang on is the old “It was a long time ago” defense. Good luck.