A Special Christmas Greeting From The Israeli Consulate In Ireland

It been a rough couple of days for the Israeli Ministry of Foreign Affairs. First Foreign Minister Avigdor Liberman resigns, pending imminent indictment for fraud, and breach of the public’s trust. And now their consulate in Ireland has landed itself in a “wee spot ‘o trouble” for a facebook post that went up this morning; a post that was immediately deleted, but not before someone snapped a screen-grab. 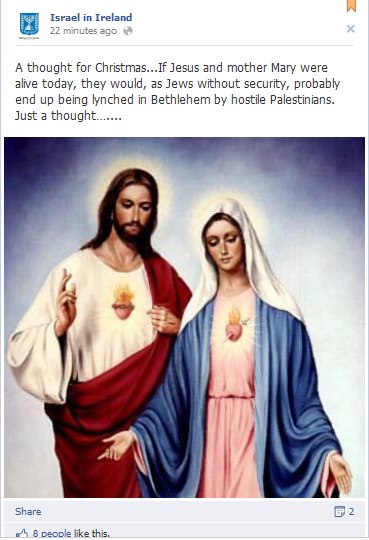 The consulate, to their credit, immediately posted the following apology: 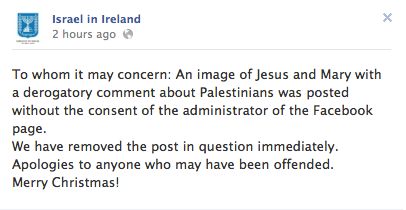 Now, it appears as if the Consulate has removed the “Israel In Ireland” facebook page altogether. Diplomatic immunity or not, it looks like the luck o’ the Irish doesn’t extend to social media SNAFUs.