You Can’t Trust a Big Veil and a Smile 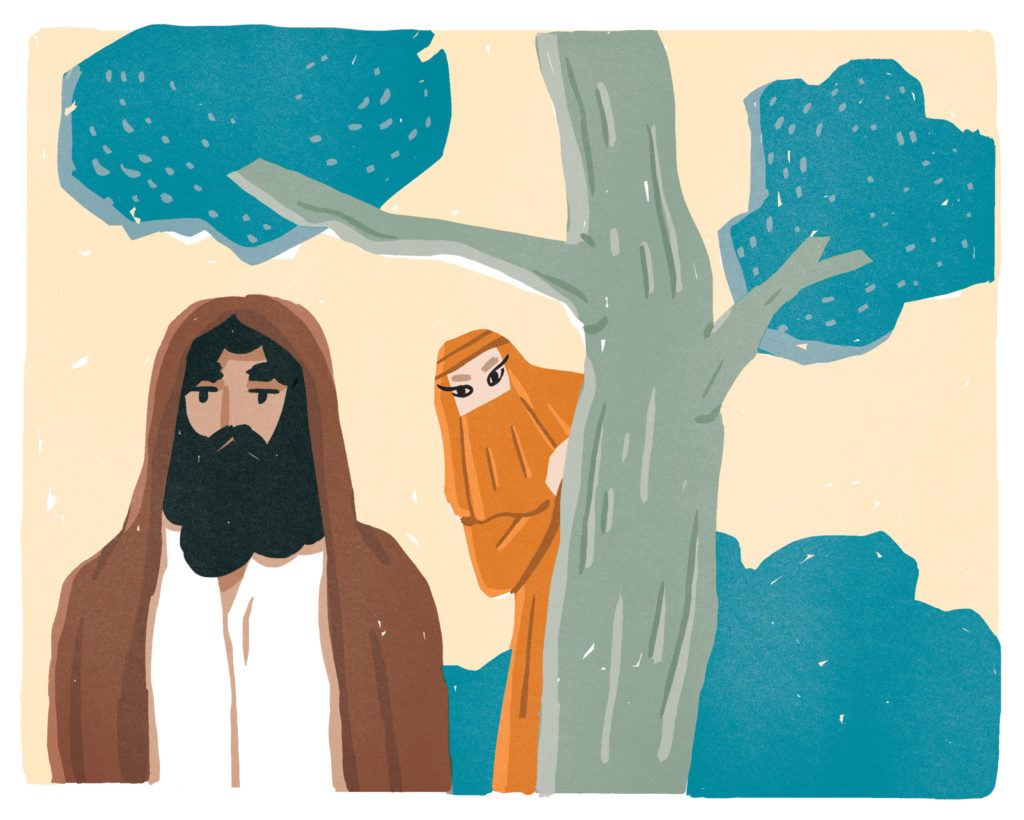 Tamar’s Friend: Geez, I’m so sorry, Tamar.
Tamar: It’s cool, I’m marrying his brother.
Tamar’s Friend: You’re fine just marrying anyone in the family?
Tamar: Yeah, I really just want to have one of their babies. Don’t care whose. It’s an OCD thing.

Unfortunately, the other brother died too. Having run out of brothers, but still wanting to get her hands on some of that hot Hebrew DNA, Tamar came up with a wacky idea. She disguised herself as a prostitute and draped a veil over her face, then had some sexyfuntime with Judah that apparently didn’t include kissing.

Tamar: That’ll be one goat, thanks.
Judah (checking through his pockets): Ooooh I actually left all my goats in my other pants. I’ll send one later.
Tamar: I’m gonna need you to cough up some kind of collateral.

So he gave her his cloak. She got pregnant, and Judah, not connecting the dots, didn’t realize it was his baby.

Judah: Harlot! Burn her!
Tamar: You know, calling women “harlots” is pretty sexist. It’s a total double standard. Like, for all I know, you sleep with whores.
Judah: Even if I did, you couldn’t prove it.
Tamar: Or COULD I?

She pulls out his cloak.

Tamar: Oh hey, check this out. What oh what can it be? I’m not 100 percent sure, but I think it looks like your cloak, doesn’t it? The cloak you gave to that whore. Who I know about. Because I am her.
Judah: Crap. Fine, I won’t burn you. But I’m keeping my goat.