Yes, This Is A Jewish Cover Of Die Antwoord’s “I FINK U FREEKY” 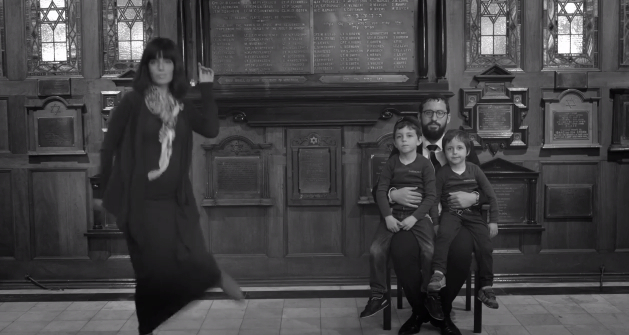 Once an element of popular culture reaches a particular level of ubiquity, there will inevitably be a (usually terrible) Jewish-themed parody of it.

Got it? Good. Tell your friends.

Now, by that measure, it seems as if South African rap-ravers Die Antwoord have hit the big leagues.

I know what you’re thinking – their first two albums were a lot of fun (the less said about 2014’s Donker Mag the better) but the multilingual South African hip hop shock act isn’t exactly the obvious go-to for a synagogue looking to create an inspiring High Holidays message. At least, not unless you’re part of the “oldest congregation in South Africa,” Cape Town’s Garden Shul, who transformed Ninja and Yo Landi’s hit single I FINK U FREEKY into the seasonally appropriate I FINK U JEWISH:

As per Rule 35, the song itself is…not great, replete with non-rhymes and an upbeat “hooray Judaism!” message that seems bizarrely out of place when set to DJ Hi-Tek’s beat. But you’ve gotta give these guys points for style: Where an American synagogue looking to create a “quirky” Jewish vid would almost certainly zig down a cappella way, the Garden Shul decided to zag to the zef-side, instead.

To get a sense of just how ballsy the Garden Shul really is, here’s the original, Roger Ballen directed/inspired, (semi-NSFW) video for I FINK U FREEKY

No, it’s not brilliant parody, but I’ll gladly take I FINK U JEWISH over those Maccabeat twerps any day.