I can’t speak to how this stuff actually tastes, except to say that it’s a kosher-for-Passover ice cream, flavored like a traditional mix of nuts, fruit, honey and wine. So, draw your own conclusions: 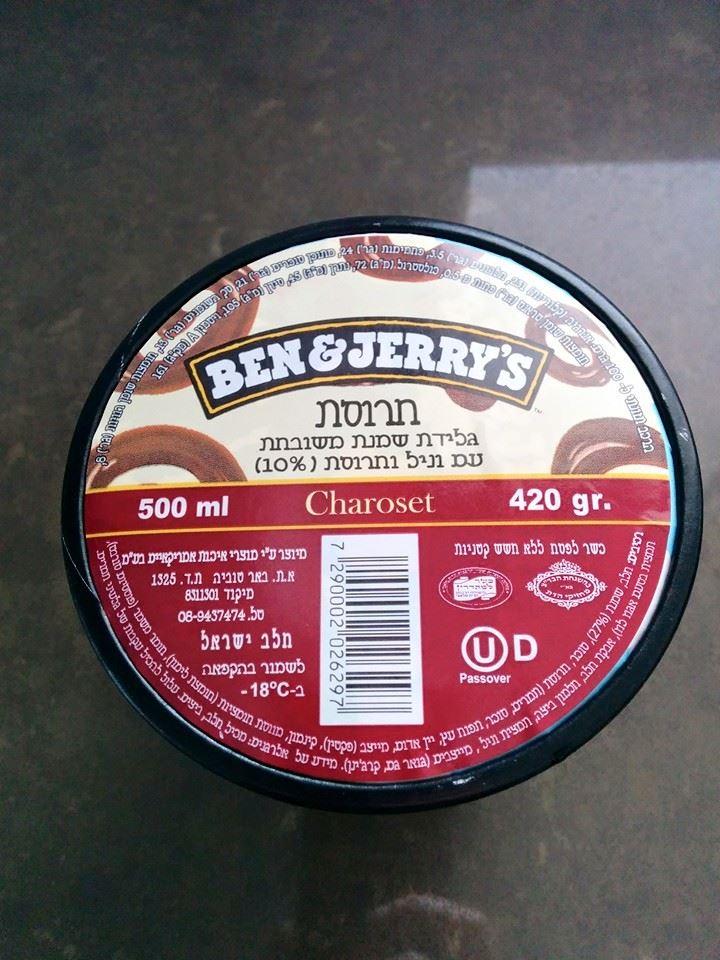 As Bustle points out, the stuff has actually been around for a while, having debuted in Israel in 2012. Still, given the unfathomable cyclicality of the internet, this charoset-flavored confection is enjoying its day in the sun (melty melty) three years later, to decidedly mixed reviews.