It sounds one of those apocryphal SNL writers room stories that’s too weird to be true: Then-writer Sarah Silverman stabbing now-Senator Al Franken directly in his head with a sharpened pencil? The Saturday Night Live writers room has seen its fair share of rowdy behavior, but assault with a deadly writing implement? No way.

Well, actually – way.  Sarah Silverman did, in fact, jam a sharpened pencil into Al Franken’s noggin during her time working as a writer on SNL. Why? Well, as Silverman confessed during her recent appearance on Seth Myers’ late night talk show… she’s not quite sure, really. Something to do with Franken’s then-massive Jewfro, which, in fairness, was pretty impressive: 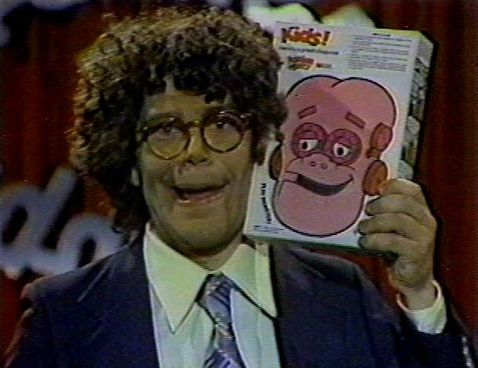 Here’s Sarah trying to explain (emphasis on “trying”) what happened.

With Silverman having hosted SNL this past weekend, it seems as if stabbing a fellow writer is not, evidently, the sort of thing that gets one banned for life from 30 Rock.

Similarly, given Al Franken’s career post-SNL, it’s safe to say that being stabbed in the head does not preclude one from being elected to the United States senate.