The Real Culprit of the Church Molestation Scandals: Sexy Children?

In a valiant effort to protect the image of His Supreme Pontiffness, Church officials have taken to the offensive with a less-than-well-received PR blitz. Originally shifting attention to Jews, gays, and even Freemasons — and what the hell are Freemasons, anyway?

To recap, last week Monsignor Giacomo Babini declared all the priest-rapes-child media coverage a “Zionist attack.” In a stunning statement, the 81-year-old retired bishop called Jews “god killers,” and even explained how the evil Jewish nature caused the Holocaust. (Read more about his comments here. It’s all very "Hey, I’m not saying Hitler was right, but….")

Of course, it isn’t the first time the Church has blamed Jews for pedophile priest publicity. During an outbreak of violated pre-teens back in 2002, Cardinal Oscar Andres Rodriguez Meridiaga claimed the Jewish-controlled media was using the story to distract from Israel’s treatment of Palestinians.

When not scapegoating the Jews, Church officials have been playing their second favorite game: Blame the Homos. At a press conference on Monday, Cardinal Tarcisio Bertone, the Vatican’s second-highest authority, announced that, though there certainly is a connection between pedophilia and homosexuality — a conclusion not validated by any psychological studies at all — there is no connection between pedophilia and the repressed, unnatural life of a celibate, except, of course, for common sense and the little fact that these priests just keep reaming the children. Other than that, no connections at all.

While scrambling to deflect attention from the obvious culprits, the Catholics have also fingered Satan, the 1970s and even the New York Times. How long will it be before the Church turns the blame on the victims themselves? I can hear it now: "Though there certainly is a connection between pedophilia and homosexuality there is no connection whatsoever between the ongoing sexual abuse and the lithe and limber, pre-pubescent bodies of little beautiful boys all over the world." 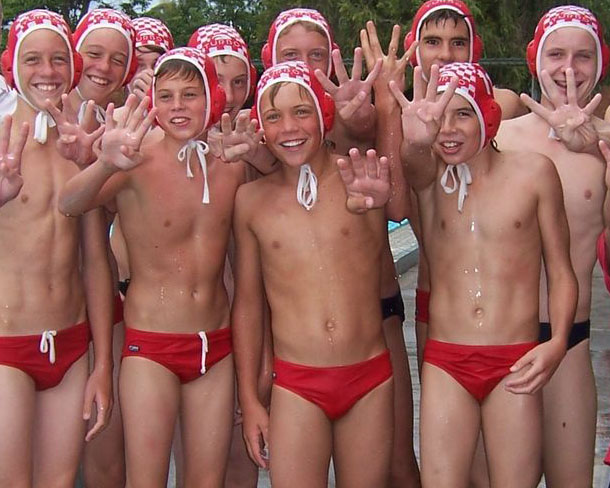 This type of criminal sexiness will no longer be tolerated by the Catholic Church.