The Big Book of Jewish Conspiracies 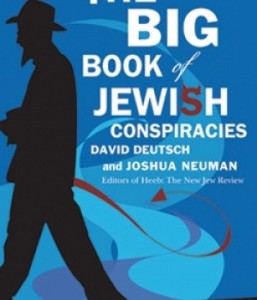 What if anything they ever said about Jews was true? Postmodern satire that hilariously addresses Jewish badness through the ages, from the editors of the magazine The New York Times calls the epicenter of all things hipster-Jewish and ironic.”

The Big Book of Jewish Conspiracies takes as its modest proposal an extreme theme: what if the most damaging charges ever leveled against Jews were all true? Spanning the history of Western Civilization, each of these assertions is explored in turn, including: