Carter (Chris Tucker) orders gefilte fish on an airplane for no apparent reason. Director Brett Ratner tried to squeeze this scene into Rush Hour 2, but since Tucker couldn’t pronounce guh-FIL-tah, it didn’t survive the final cut. Need any more proof that Hollywood directors are consciously collaborating in a crypto-Jewish conversation?

Fanny Brice (Barbra) finds herself in a hotel suite with the irresistibly lecherous Nick Arnstein (Omar Sharif). Together they sing “You Are Woman, I Am Man,” and Babs-as-Brice fires off Jewish jokes like rounds from a submachine gun: “Do good girls do just what mama said when mama’s not around?” (Plato sort of asked a similar question in Book Two of The Republic, though he doesn’t have Socrates’ answer: “Oy vey.”) In the end, Arnstein wins over Brice with a combination of persistence and pate, which she calls “a little chopped liver.” Yes, it’s a long way from the slums of the Lower East Side.

Karen (Loraine Bracco), a nice Jewish girl from the Five Towns, discovers her boyfriend Henry’s (Ray Liotta) gun. It looks like she’s had it with him, but just as she’s about to give the man his walking papers, cut to a joyous Henry and Karen breaking a glass under a chuppah with shouts of “Mazel tov!” Credit Scorcese with the most Jewish jump cut in the history of cinema.

Apparently, somebody forgot to tell the makers of this cult classic that Hollywood doesn’t depict Jewish women as desirable. After some hot robot love, knockout Gloria turns down a marriage proposal from her mechanical partner. “We’re different, let’s just leave it at that, okay,” she says in a nasal voice, cartoon breasts bouncing. She finally gives in, but only after her little ‘bot promises a Jewish wedding. Last words on the subject: “I forgot . . . are you circumcised?” Cue Sammy Hagar as we ponder what it means when one of the few great Jewish sex scenes is a cartoon.

Mel Brooks, dressed as an Indian Chief, leads a group of real Indians as they circle the wagon of a black family. Tension mounts as Brooks speaks to them in Yiddish. The family, Indians and, presumably, the vast majority of the audience have no idea what he’s saying, but that’s sort of besides the point. As Brooks made even clearer seven years later with History of the World, the greatest Jewish movie moments often happen in the context of the least Jewish of contexts.

Save all the biddy-biddies and yidle-didles, can anyone really endure all six minutes of Topol crooning and flailing in front of a barn full of animals? “If I Were a Rich Man” is a bit of a headache, really, except for that high point when Tevye steps in a pile of dung. Those cows steal the scene with their sarcastic moos. (05:19 mark). 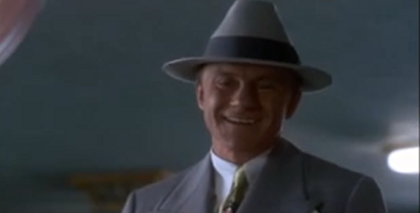 Mickey Cohen (Harvey Keitel) is a gangster who doesn’t fuck around. He spouts off to an Italian racketeer: “Kish mir in tuchis!” We’ll admit we were less than thrilled to see Warren Beatty playing Bugsy Siegel, but Keitel as Cohen telling mob boss Jack Dragna to kiss his ass in Yiddish? How can you not respect that?

Everybody raves about The Great Dictator, but Moe, Curly and Larry skewered Hitler, Goering and Goebbels nine months before Chaplin. When greedy industrialists recruit the Stooges to become a dictator and assistants to create a profitable war, the Stooges greet the conspirators with a hearty “Shalom Aleichem.” It’s not only the very first big screen mockery of Hitler, but also the first that left no doubt as to whom it was coming from. 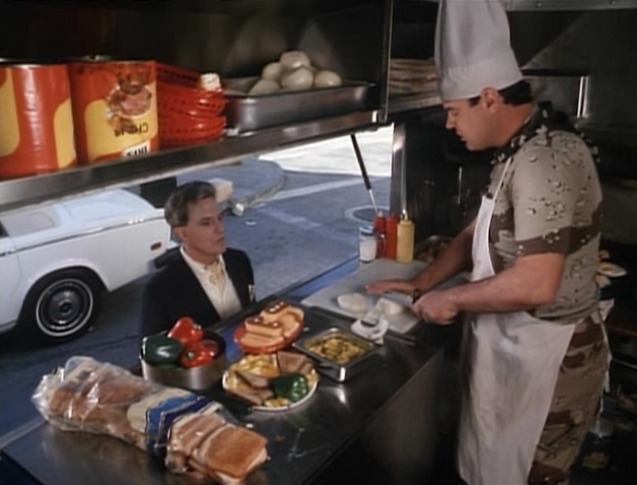