The Synagogue That Banned Hebrew

There’s plenty of stuff from which religiously observant Jews abstain: Pork? Sure. Shellfish? Yup. Mixed-gender dancing? Okay, sometimes. But one ultra-Orthodox synagogue in the Orange County, NY community of Kiryas Joel, is taking things to a whole new level by banning …Hebrew.

According to images posted by our friend Shmarya over at Failed Messiah, the primary synagogue of the uber-hasidic Satmar sect has banned the use of all modern Hebrew, posting a sign that reads (as translated by FM)

“REQUEST AND WARNING: It is forbidden to speak in our Beis Hamidrash in the impure sectarian Hebrew language.”

(Or, “In our study hall [synagogue], it is forbidden to speak the language of minim [sectarians; any breakaway group from Judaism, used rabbinically primarily as a term for Christianity], the impure Hebrew.”) 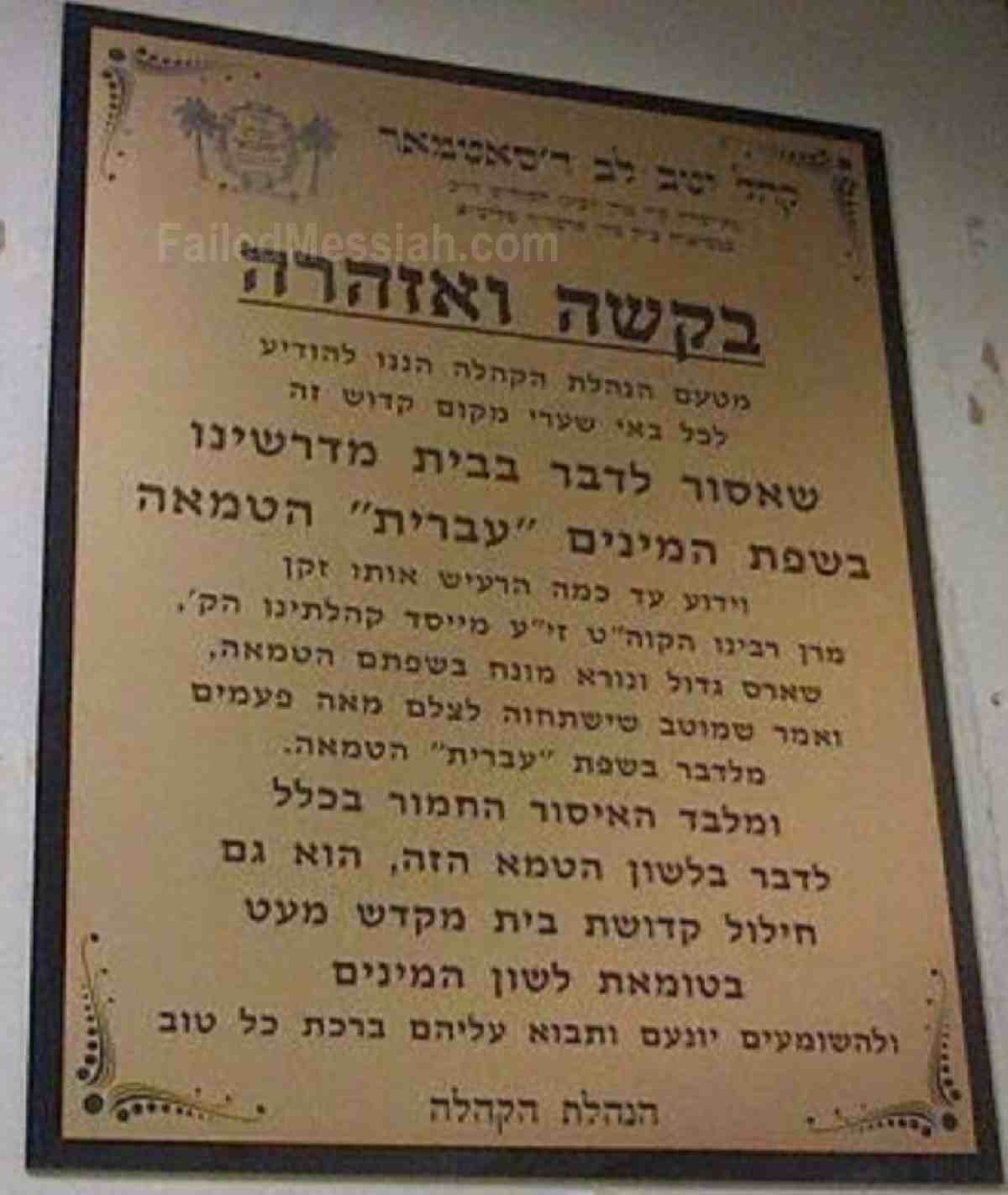 Synagogues banning Hebrew because it’s too Christian? Groucho, eat your heart out.