Suppose This Happened to Your Family Member? 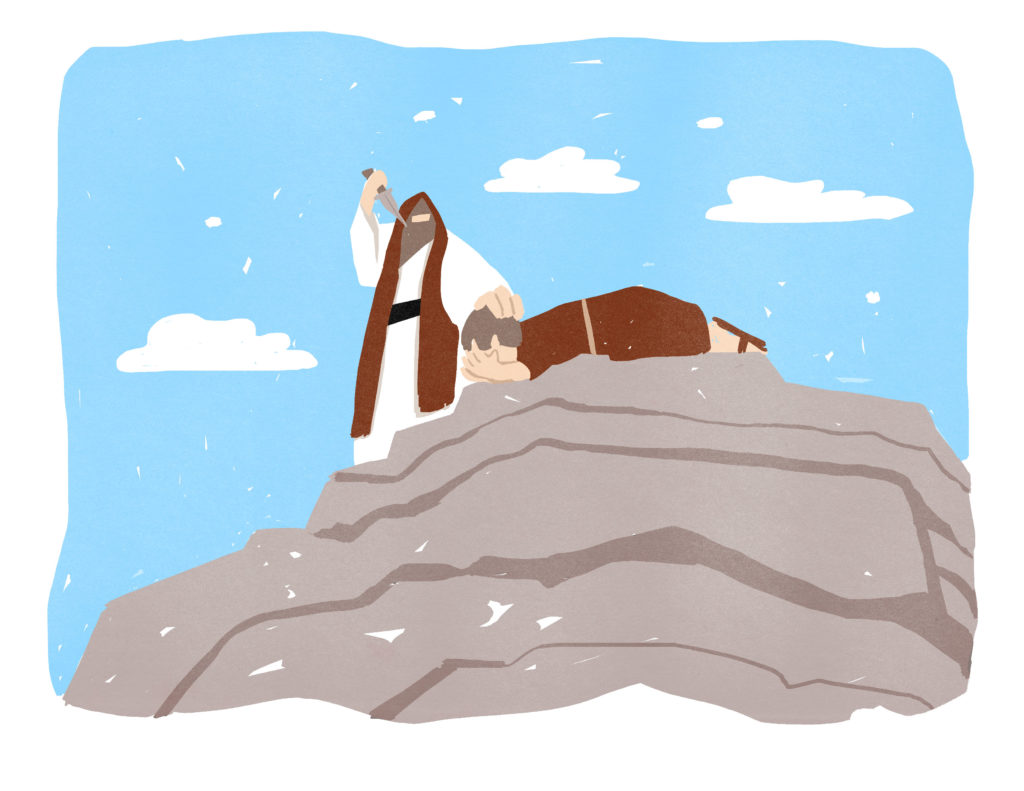 Lot is living in Sodom and some angels come passing through. Lot thinks they are rich or something and insists they stay the night at his place. That turns out to be a bad idea, when a sex crazed mob sees these sexy angel dudes and start banging on Lot’s door.

Sex Crazed Mob: Give us those guys in your house! We want to rape them. That’s just what we’re into.
Lot: No can do, fellas. I think these guys might be rich or something. But I’ve got two virgin daughters; you can totally have your way with them.
Daughters: Dad!
Lot: Shhh, Daddy’s busy. Go play with your sticks and rocks or whatever.
Sex Crazed Mob: We really just want the guys.
Lot: You are going to love my daughters. Everyone knows virgins are the best at having sex; it’s like hiring a chef who’s never cooked anything before. Here, I’ll bring them out right now.
Sex Crazed Mob: We’re calling child services.

God: Lot, check it out. I got my hands on some nuclear weapons from the future and I want to see if they work. I’m gonna blow up the city. It’s gonna be awesome. And you and your family are gonna get to do this cool thing where you walk away from the epic fiery explosions without looking back— like a ragtag team of heroes in an action movie or something. Seriously, don’t look back, it’ll totally ruin the effect.

So Lot and his family run away and God bombs Sodom, but Lot’s wife looks back and totally ruins the effect. So God turns her into a block of salt. Lot and his daughters leave and settle in the town of Zoar for a while, but Zoar is full of posers, so they leave and decide to live in a cave.

Meanwhile, Abraham is hanging out with his wife and son when God shows up.

God: Hey, Abraham. I got an errand for you. You know that son you begged me for?
Abraham: … Yeah?
God: Sacrifice him.
Abraham: …
God: Do it.
Abraham: You’re the worst.
God: Watch yourself.

So Abraham takes Isaac out to a mountain.

Isaac: Hey Dad?
Abraham: Yes, Isaac?
Isaac: We’ve got all the sacrifice stuff with us — wood, an altar, a lighter — but where’s the animal we’re sacrificing?
Abraham: Funny story….

Abraham grabs Isaac and holds him down on the alter. Then God shows up again.

God: Oh man! You were really gonna do it!
Abraham: Oh, thank God. So I don’t have to murder my son?
God: Nope! But don’t get too excited. I’m gonna kill your wife in a sec.