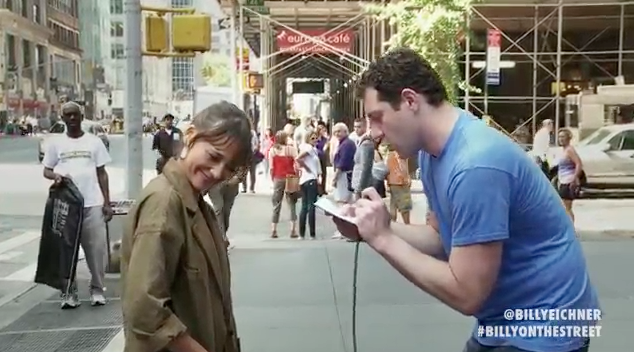 We all knew that Rashida Jones was part Jewish, right? (I found out from that 2011 music video parody “Black and Jewish.”) Her name, which is her own, doesn’t give her away. There are plenty famous tribe members, however, who have willfully traded in their Goldsteins and Herschels for something more goyishe.

In the latest episode of Funny or Die’s “Billy on the Street,” Billy Eichner quizzes Rashida on which celebrities have changed their names, and which have not. It’s a game called “Whistle Blow That Jew!”, and it’s a great way to have fun exposing people’s hidden identities without the pesky risk of detainment or torture!

Billy and Rashida Jones play “Whistle-Blow That Jew!” from Billy on the Street