Polanski: “I Only Ask to Be Treated Fairly like Anyone Else”

With chances of a successful appeal weaker than a drugged-up prepubescent, Roman Polanski writes, “I can remain silent no longer!” And you know it’s true because he declares it ten times in a 900-word statement posted on the blog of French Philosopher Bernard-Henri Levy.

The man behind “Chinatown” and “The Ghost Writer” claims he was “justified” in fleeing the States, and points a withered, sticky finger at the crooked dead judge, the fame-seeking DA and the documentary filmmakers of “Roman Polanski: Wanted and Desired.” His penis’s need for under-aged tail, of course, remains unmentioned.

While the famed director has spent the last thirty years traveling Europe, creating films like “The Pianist” and “Death and the Maiden” (about a rape victim eager for revenge) and collecting awards, most (convicted) child molesters have a fairly different experience. Let’s take a look at how everyone else actually would be treated. California criminal defense attorney Leon J. Mezzetti Jr., who handles cases involving sex crimes, provides a little context for how similar crimes might be treated under today’s laws:

Sounds like quite a bit. And that’s not even including additional time for fleeing the country. “Yeah, I guess they’d have some additional charges for that on top.” Mezzetti acknowledges. “Plus, it’s evidence. They can use that against you in court. The statutes were different back in the seventies, but that’s the sentencing today.”

Though difficult to predict the amount of time someone convicted today might spend in jail, “you can definitely see double-digit years in prison.”

And let’s consider the accommodations. While under house arrest, Polanski’s been staying at Milky Way, his luxurious Swiss chalet. 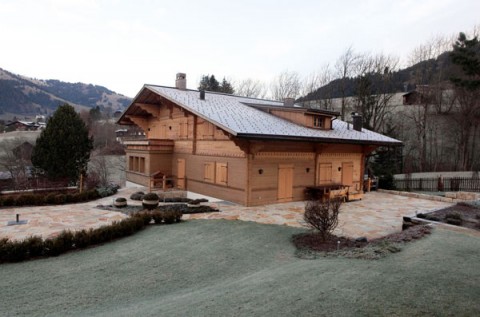 Milky Way is presumably nicer than the average prison.

And here’s a U.S. prison cell, average size, including the toilet, is 8 feet wide, 8 feet high and twelve feet long. 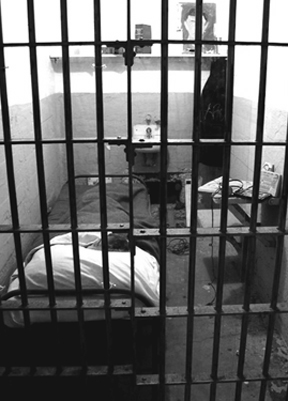 While Polanski’s been hanging out with filmmakers and actors, most incarcerated child molesters have less enjoyable company in prison. 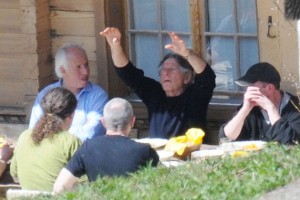 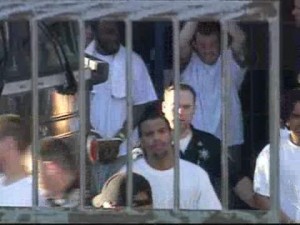 The less enjoyable company he would "entertain" in prison.

Being treated “like everyone else” might actually not be what you want, Mr. Polanski. Defense attorney Leon J. Mezzetti agrees: “Everyone else? He’d be better off at his Swiss house.”