Pastzi? Nazta? Whatever. This Taipei Restaurant Was Selling Nazi Pasta. 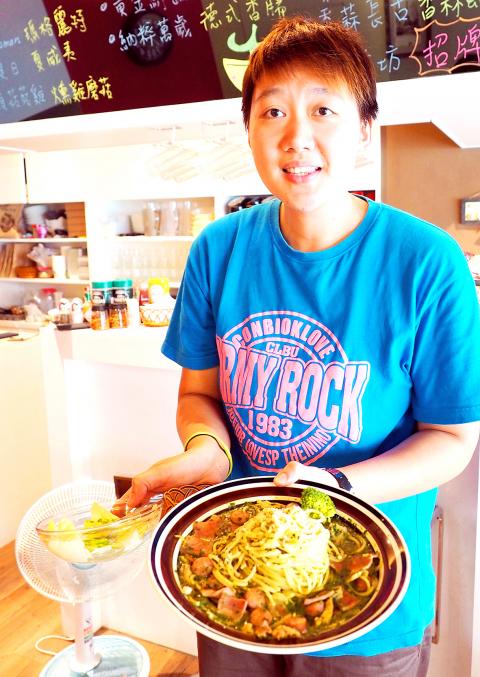 That “Nazi chic” is a “thing” in parts of Asia is nothing really new, but I’ll admit that even I – jaded grouch that I am – raised an eyebrow at the Italian restaurant in Taipei that was caught selling a dish called “Long Live Nazi Spaghetti”.

The Israeli and German representative offices in Taiwan have expressed shock and regret at an Italian restaurant in New Taipei City’s Banciao District (板橋) serving a dish named “Long Live Nazi spaghetti (納粹萬歲麵),” saying it showed how some Taiwanese lack understanding about history and the Nazi slaughter of Jews and other minorities.

The restaurant owner, Tsao Ya-hsin, was quoted by cable news channel TVBS on Sunday as saying that she named the dish to get customers’ attention, but that she did not wish to specifically place emphasis on the word “Nazi.”

Um, which word did she want to place emphasis on?

The dish, so named for its use of German sausage, has evidently been pulled from the restaurant’s menu. I can only hope that any customer who orders the dish will, instead, be served a piping-hot bowl of Mulligatawny Soup, courtesy of Yev Kassem.