If you’ve listened to Marc Maron’s WTF podcast, you know he and Michael Ian Black aren’t exactly fans of each other. But, for a long time their animosity seemed fairly passive: just two guys who did comedy differently – Maron, with his emotions on his sleeve, and Black, reveling in snooty aloofness – no big deal. This afternoon, however, something snapped, and their dislike for each other was slowly ratcheted up from a room temperature “Meh” to a lukewarm “Hmm”.

It all started innocently enough, when Maron in tweeted the following:

Aaaaaaaaaan, we’re off! Folks, this is what happens when two masters of Jewish guilt and passive aggressiveness go toe-to-toe for the whole world to see. 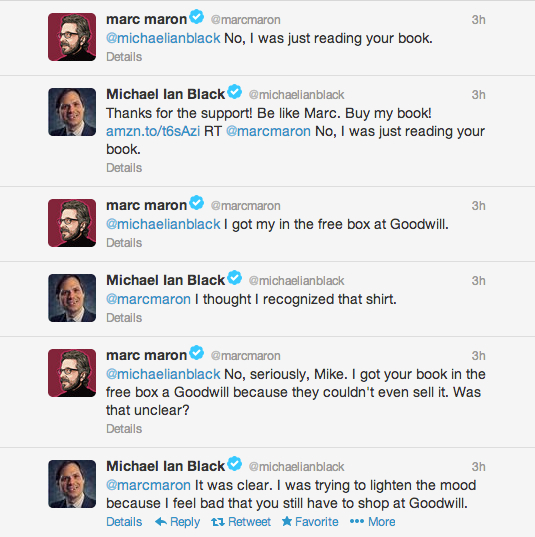 What? Do kvetchy Jewish comics not listen to Mackelmore? 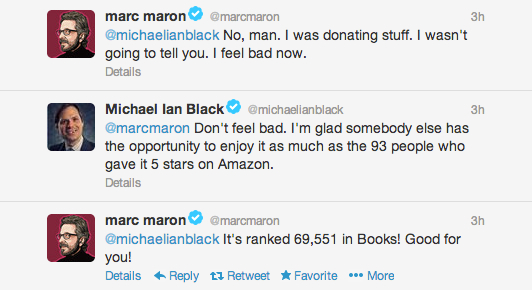 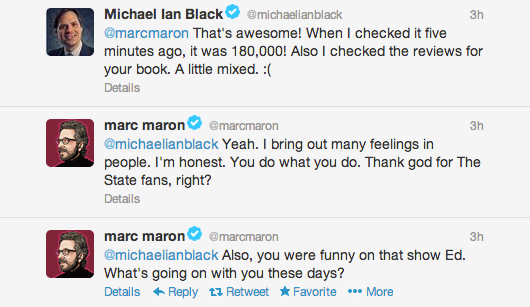 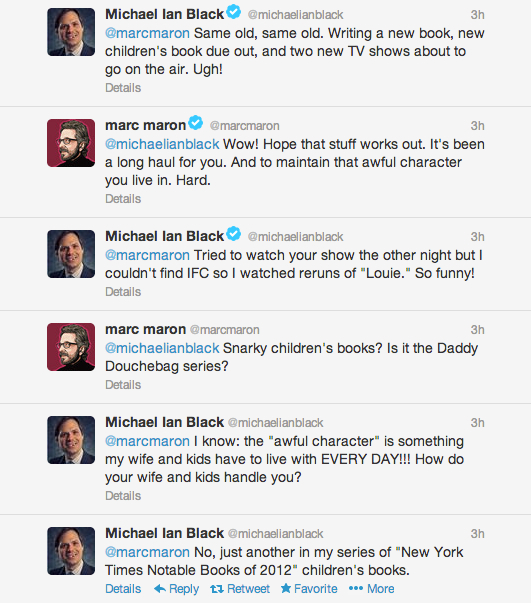 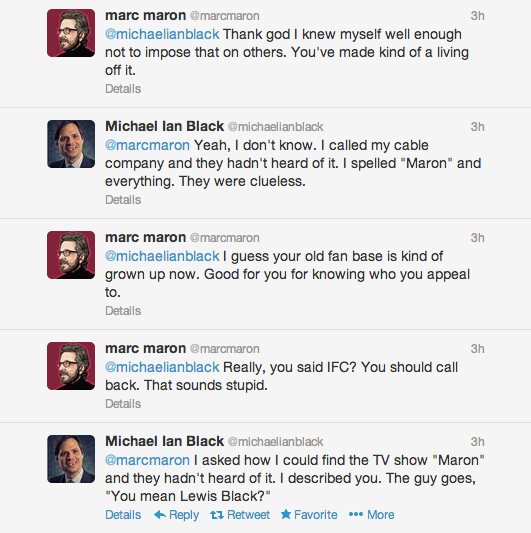 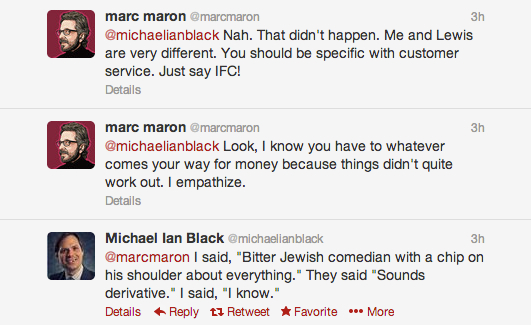 He said “Jew”. Everybody drink. 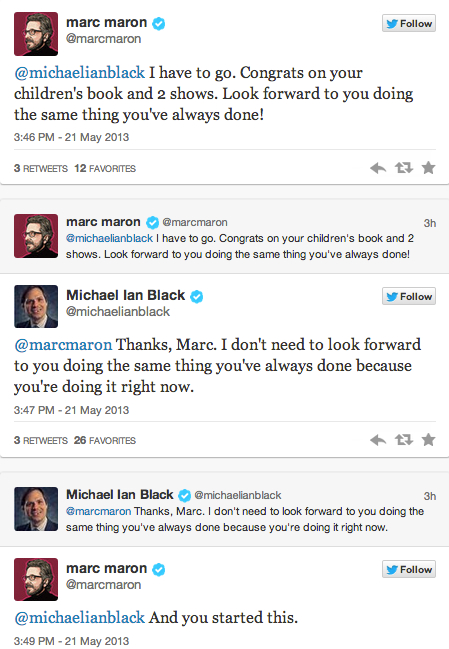 The conversation (mercifully) was over, but the damage was done.

So, who won? It’s tough to tell. Both comics got some decent jabs in, but without a decisive knockout the decision goes to the judges – tell us who you think won in the comments below.