Lessons for Surviving the Apocalypse 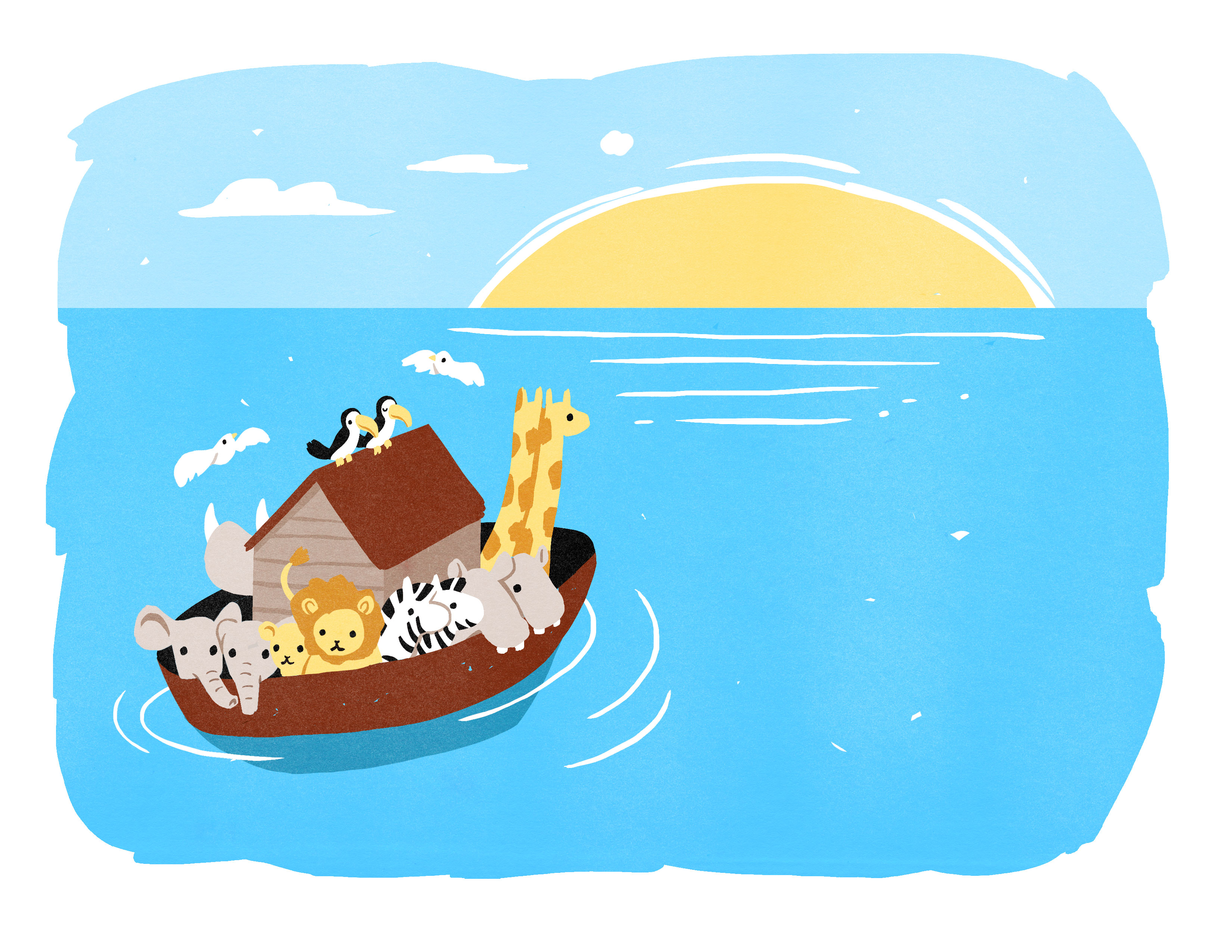 God had been creating the universe for a while now and was getting bored. He decides to kick some ideas around with his human friend, Noah.

God: I don’t know, man, I’m just totally out of ideas at this point. I’m hitting writer’s block HARD. Guess it’s time to destroy the world and start over.
Noah: Wait, no, don’t do that.
God: I’ve already got the floods ready.

Noah takes out a yoyo and does some cool tricks.

Noah: Find male and female amoebas, got it. How will I fit all the animals in?
God: It’s gonna have … Wait for it … Three whole floors.
Noah: Can’t argue with that. Do I have to bring fish too?

God: Obviously not. Just birds, cattle, and creeping things, which are the only three kinds of animals. Oh hey, I just invented taxonomy.
Noah: So humans are … birds? Or creeping things?
God: Featherless birds?

God floods the Earth and all the other animals die off. But Noah and his animals survive, floating in one lonely boat. Then God goes out for a beer and forgets about them for five months.

After remembering Noah for a second, God goes out for another beer for months. Then he brings the arc to rest on a mountain.

Noah spends the next few months hanging out with a dove while God drinks yet another beer.

God passes out. While he is asleep, Noah and the animals sneak out of the ark. The animals make a run for it, but Noah grabs a few and slits their throats.

Noah: I gotta stay on God’s good side, and he’s big into sacrifices.
Goat: But I just survived the apocalypse …

Noah dumps some gasoline on the goat and lights it on fire.

God: Something smells delicious. Noah, did you make that? Awesome, I’m starving.

God: SOOOO pretty, right? Kind of makes the whole flood worth it.
Everyone still alive: …
God: Alright you guys, go repopulate the planet, if you know what I mean.

Noah, who apparently doesn’t know what God means, plants a vineyard so that he could be the first person ever to get drunk.

Noah: No wonder God’s always drinking. This stuff is amazing.

He gets wasted and takes off his clothes. Then his sons either see him, sodomize him, or castrate him.

Noah: But wait, which one though?