Back in the 80’s, long before he so famously split with NBC over his (rightful) claim to Johnny Carson’s famous chair, David Letterman’s “Late Night”  was the hippest, weirdest, most innovative talk show on television. While much of Letterman’s eccentric shtick managed to survive his leap to CBS, Late Night was unique for both its anarchic spirit, and, as writer Joe Toplyn puts it in a new oral history of the show, its willingness to allow “the seams to show.” 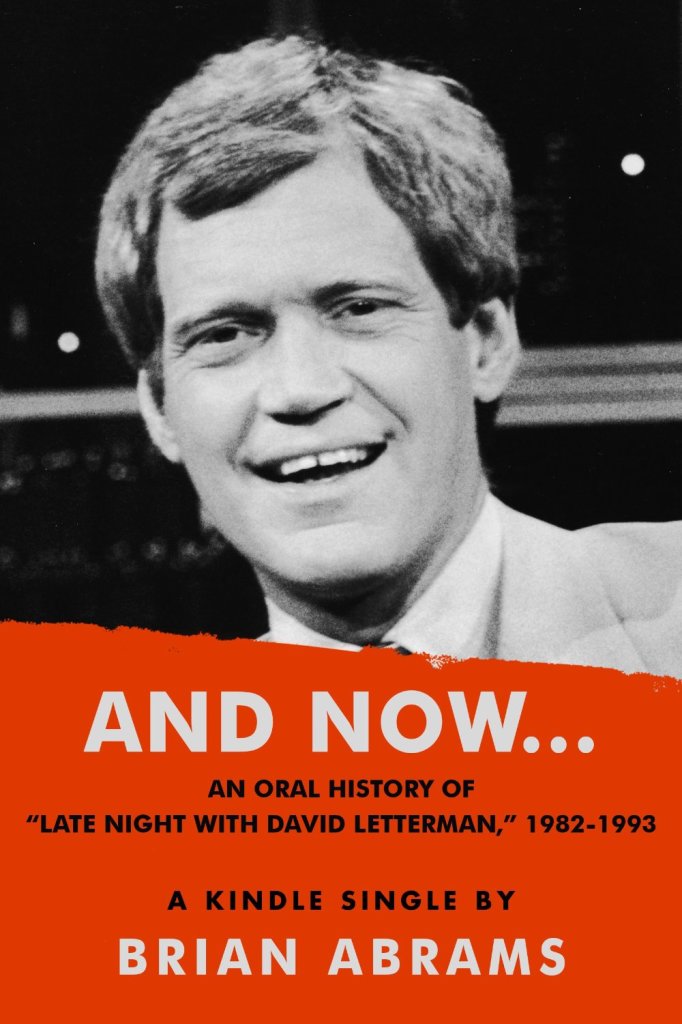 In AND NOW…An Oral History Of “Late Night With David Letterman” (1982-1993), author (and Heeb writer) Brian Abrams spoke with dozens of Late Night writers, producers and guests, to bring readers an all-access backstage to the iconic show. The result is a dizzying, sometimes contradictory (just who came up with the idea for Dave’s “Top 10” lists, anyway?) peek into a show that valued ridiculous lunacy even as it cemented its place in talk show history.

It was this essential tension between genuine innovation and “what the fuck?” screwing-off that fueled Late Night – a tension that writer Randy Cohen (later to become The New York Times Magazine‘s “The Ethicist”) explains in starkly, surprisingly, biblical terms. But first some background. In 1984, to open the fifteenth episode of the show’s third season, NBC science correspondent Robert Bazell announces Late Night’s newest technological innovation: “Reverse-Image Television.” In the front row of the studio audience were several lab-coat wearing scientists (Real scientists! From Bell Labs!) to supervise the use of this new and exciting technology. Then, at the allotted time, “Reverse Image-Television” was activated and…the television image flipped to become a mirror image of itself.

Except, maybe..well, yes there was a moral. Explains Cohen in this excerpt from Abrams’s e-book:

I thought the deeper joke was that all TV is wasted innovation and a grotesque squandering of the human spirit. I think certainly all of popular culture is that. Even further, this is like the Old Testament. Is it Ecclesiastes [1:2]? “Vanity of vanities! All is vanity!”? The vanity of human wishes, I thought that was deeply embedded in the show—this very Jewish idea that was expressed by guys in lab coats running around. The 360-rotation was in that tradition of the show. So I could work that terrain.

By the way, the “360-rotation” Cohen is referring to is a similar sight-gag from a few years later, in which the Late Night camera was slooowly rolled 360 degrees over the course of the night, so that at the halfway mark, the entire show was being filmed upside-down.

So was Late Night With David Letterman really the (profoundly entertaining) embodiment of ecclesiastical despair? Depends who you ask, I suppose. But here’s where I split with Cohen. After reading AND NOW…, I’m pretty sure that even out of futile vanity can come something truly special. The “who cares?” throwaway jokes and nihilistic sense of abandon may very well have been as lamentably vain as Cohen claims, but take a step back and the whole of which they were a part was something much less bleak. Pointless? Sure, occasionally, but equally profound – A profundity that more often than not came from highlighting laughs wrung out of idiocy. “It’s all silly and we’re all screwing around so go ahead and enjoy it.” It was anti-humor decades before its time – a spiritual sibling to Andy Kaufman’s “is he or isn’t he?” comedic stylings. It was dumb and brilliant and most importantly, it was a hell of a lot of fun.