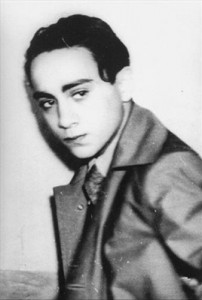 Let’s not allow another Kristallnacht anniversary to pass without paying homage to Herschel Grynszpan, the Jewish teen responsible for this night different from all others.

Herschel, a seventeen year old Polish misfit was adrift in France and disgruntled over his parent’s deportation. On November 7, 1938, he strode into the German Embassy in Paris and requested a meeting. When ushered into an office, he fired a concealed revolver and mortally wounded Ernst vom Rath, the Nazi diplomat. 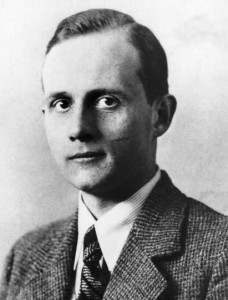 Herschel was a smart boy. Whipping into action, he claimed he was having an affair with vom Rath, a homosexual. In the Third Reich, it was admirable to be a brute and a sadist–but a feigelah? Verboten.

Little is known about the true fate of Herschel Grynszpan. And historians are still trying to ascertain if vom Rath’s dying words were, “Is that a pistol in your pocket or are you just happy to see me?”

Suzanne Friedman is a talented agent who writes, rescues beached creatures, fashions Jewish jellyfish from yarmulkes and tzitzit, and is the mother of Carlen Altman–creator of Jewish Rosaries.