Joe Lieberman Is (Still) A Dickhead 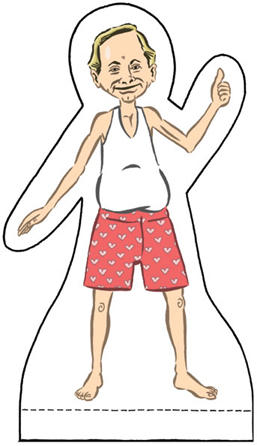 You remember Joe Lieberman, don’t you? Former senator? One-time vice-presidential candidate? Perennial schmuck? Have you found yourself wondering what he’s been up to since leaving his senatorial career of upping military spending and unapologetically cheering on the Iraq war?

“Maybe,” you think to yourself “his years out of the political spotlight have softened that priggish streak”

“I bet” You muse, hopefully “he’s even a little sorry he was such a dick! After all, no one could be that big of a dickhead without being even a little repentant, right? Right?”

Well, believe it or not, lately he’s trying his hand at being funny. Trying…and failing.

Senator Joe Lieberman ‘said something to the effect that it’s nice that we’re all here at the Plaza instead of in cages after some war crimes trial,’ recalled one person who was there

But the hits didn’t stop there…

The dinner was, to the surprise of some guests, punctuated by a live performance of Yiddish songs and by an video featuring Cheney’s face on others’ bodies, which emcee and Commentary editor John Podhoretz joked in an email to BuzzFeed he would release only for $1 million.

In fairness, not everyone there was amused. Said one guest:

“There were some waterboarding jokes that were really tasteless, […] I can see the case for enhanced interrogation techniques after Sept. 11 but I can’t really endorse sitting there drinking wine and fancy dinner at the Plaza laughing uproariously about it.”

Still, the whole evening sounds like good natured fun for the whole family. Forget funding Birthright, the Jewish community should cough up that $1,000,000 check so we can all see this video. After all – if Yiddish songs and Dick Cheney’s mix-and-match face can’t secure a future for the Jewish people, we’re all screwed.