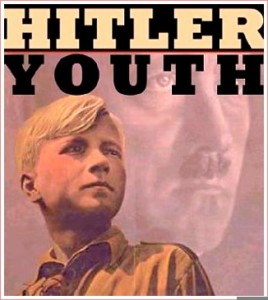 A tip to all present and future municipal council members in Ebenthal, Austria: before you get a sweet tattoo on your arm, double-check your Nazi history to make sure the slogan wasn’t taken by the Third Reich. If only Gerry Leitmann had taken such ound advice, he’d still have a job.

Apparently, the sweet tat he has on one of his arms says “blood and honor,” the official motto of the Hitler Youth. Leitmann claims not to have known the slogan’s provenance, but I’m betting someone knew what it meant when it was etched into his skin. Nonetheless, the brouhaha that erupted over the tattoo has caused him to resign his position on the municipal council.

“Blood and honor” does seem like a mostly innocuous bit of fratty chest-thumpery, so it’s a bit annoying that it is basically phrase non grata even after all these years. Perhaps the slogan needs a re-appropriation and revival, but what’s next? “Arbeit Macht Frei” tramp stamps?