Senator Rand Paul announced his candidacy for President of the United States in the 2016 election today.

Rather than go over all the ways a Rand Paul presidency would be, uh, not so great, I just want to point out that he’s encouraging yiddin supporters everywhere to post this across social media: 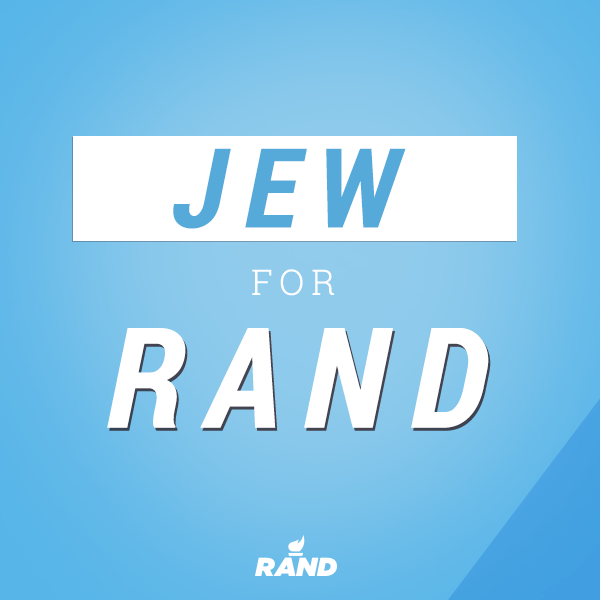 Rand. Buddy. C’mon. Words can be both nouns and verbs, y’know. Or are you suggesting…? No, never mind. Even you’re not that crazy. Your dad? Totally. But you? Well…

The picture is part of a larger “____ for Rand” initiative, in which the Paul campaign encourages such diverse constituent groups as “Catholics,” “Christians,” and “Italian Americans” (as well as less spiritually-specific “Iowans,” “Lawyers,” and “Musicians”) to show their support for the aqua-buddha worshipping candidate.

Oddly enough, there doesn’t seem to be a “Muslim for Rand” option available at this time.

Credit where credit is due. The Rand campaign swooped in and swapped out the ambiguous “Jew” for the much more appropriate “Jewish” and all, it seems, is well in Paul-ville. Here’s a screenshot of what the new image looks like (the download link still pulls the “Jew” image – presumably they’re still working to upload the new one.) 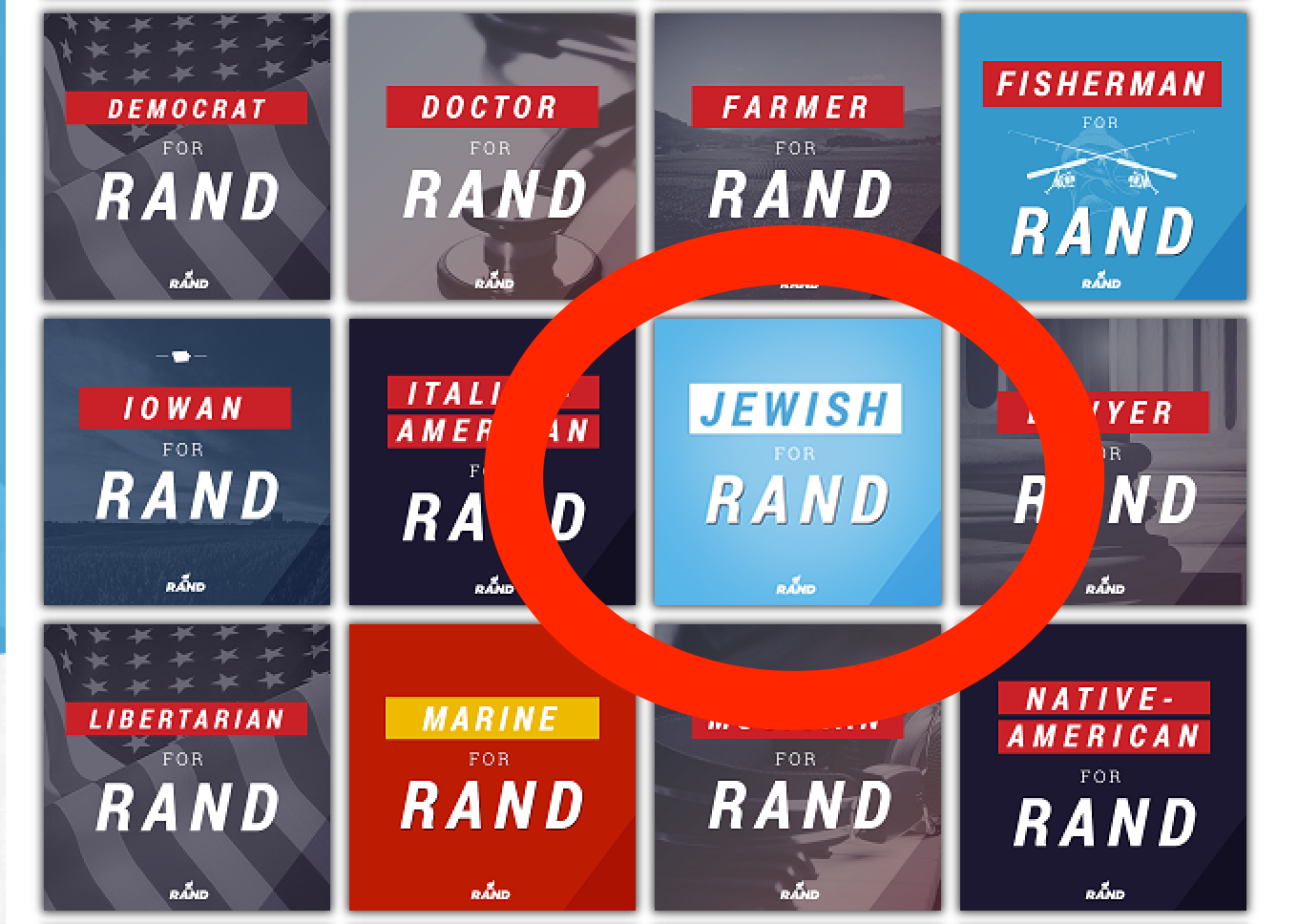