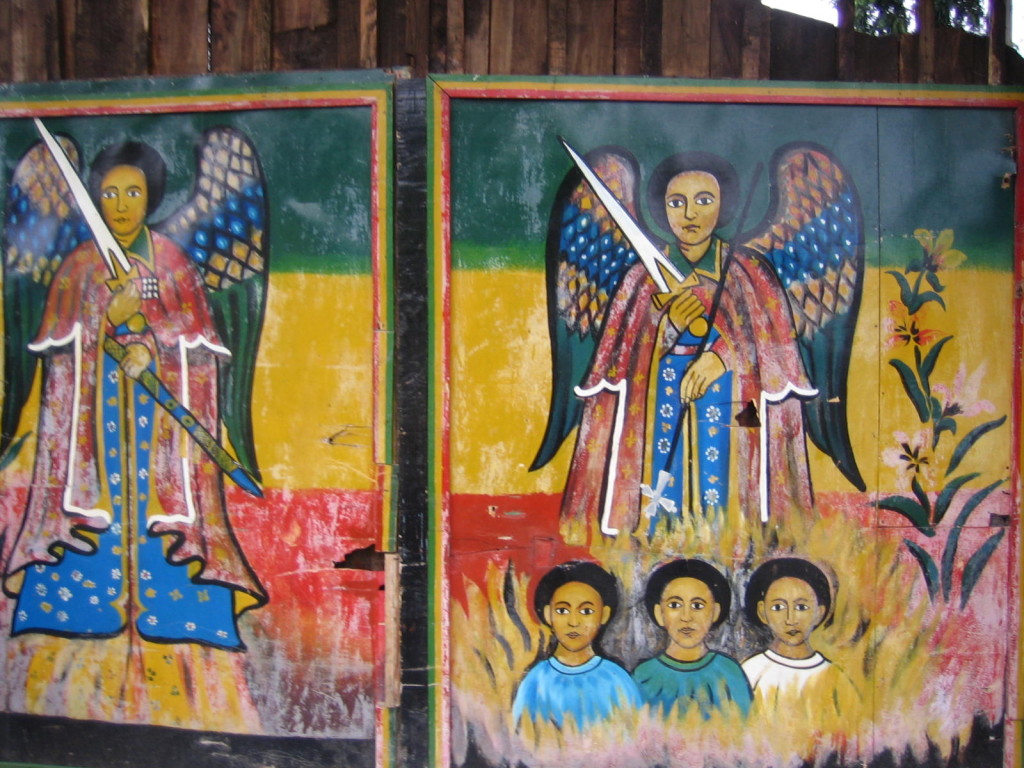 Gateway to the Zion Train Lodge in Shashemene, Ethiopia

In the steadily diversifying 21st century, ‘Homeland’ has become a murky concept. For Jews in particular, what was once a painful, seemingly impossible longing to return to one’s origins has been rendered a tangible, if troubled, stretch of land with a thriving civic society. But what are the implications of returning to one’s origins for historically stateless or uprooted people in the long run? How does a Diaspora reconcile its identity—if it’s even possible to do so?

These questions floated through my mind as I read Emily Raboteau’s luminous memoir Searching for Zion: The Quest for Home in the African Diaspora. An investigative odyssey disguised as a youthful expat’s travelogue, the book follows Raboteau around the globe as she seeks the place sung about by Bob Marley: Soul train is coming our way, Zion train is coming our way. Two thousand years of history, Could not be wiped away so easily. The Rastafaris Marley crooned for believe they are wandering children of Israel whose lost Zion is Ethiopia. With masterful prose and insights bursting from every page, Searching for Zion explores the history of this black yearning as well as the nature of its relationship to Jews. 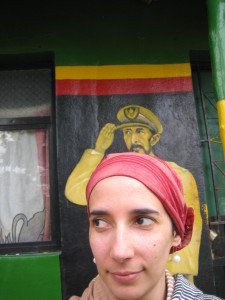 Emily Raboteau at the Nyabinghi Temple in Shashemene, Ethiopia

The narrative begins with the author’s Jewish childhood friend, Tamar.  Raboteau, who has an African-American father and a white Irish mother, bonded with Tamar over their mutual outsider status.

“Tamar’s otherness was cultural; her summers were spent in Israel, her Saturdays at synagogue, and, up until the seventh grade, she attended a Jewish day school. I was black. Well, I was blackish in a land where one is expected to be one thing or another.”

The two shared in each other’s traditions: Raboteau recited Hebrew blessings at Tamar’s house on Friday nights, Tamar sang black American liberation songs. The author also learned about her and her playmate’s similar backstories and was encouraged to embrace the connection—as Rastafaris do. Though inspired by early-twentieth-century black leader Marcus Garvey, Bob Marley’s people were also indirectly influenced by America’s first black Rabbi, Arnold Ford. Prominent among Harlem’s black Jews, Ford melded African identity—centuries of slavery and persecution—with biblical tales of Hebraic exile and return. (He also famously took a coterie to Ethiopia in 1930 to participate in the coronation of Emperor Haile Selassie; when Selassie repelled the Italian army a few years later, Rastafaris adopted the country as the strong black homeland, capable of resisting Western colonialism, that Garvey extolled.) 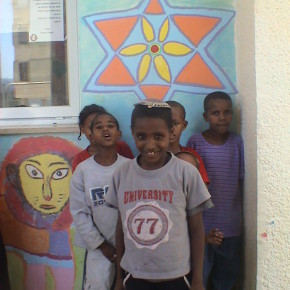 Recent Ethiopian immigrants at an absorption center in Haifa, Israel

Following university, Tamar makes Aliyah and moves to Jerusalem, leaving Raboteau not just jealous of Israel for stealing her friend but also resentful that Tamar has a place where she feels she belongs—the author, having grown up half-black in white Princeton, New Jersey, does not. Thus she takes to jet-setting, in pursuit of a black homeland and her own sense of belonging. She isn’t focused on finding a suitable mate, refreshingly, and she demonstrates that Zion is much more elusive than love. In Israel she discovers the Beta Israel (Ethiopian Jews) and Black Hebrews–some of whom, though more content with their current home than their past one, also turn to Rastafarianism and American black liberation movements for kinship. This impels Raboteau to visit Jamaica, where she discovers, alongside religious passion, virulent homophobia among the reggae master’s pot-smoking accolades.

I won’t share what she finds in Ethiopia in search of the Sellasie, the Zion envisaged by the Rastafaris and their revered dictator messiah. Raboteau is unassuming and unwilling to condemn. Can we every truly belong? Is it possible to fashion a utopia for people who’ve been wronged? This incredible work of non-fiction may seem to suggest the answers, but ultimately Raboteau prods us to evolve–as she does.

[All images via Emily Raboteau, with permission]