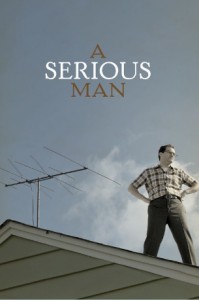 Now that 5770 has come to a close on the lunar calendar, it is time to look back at the year that was.  We have already considered the year in comics and music; let’s see what was happening in film.

It is somewhat telling of the quality of 2010’s films that our pick for 5770 comes from late 2009. By all accounts, Joel and Ethan Coen’s A Serious Man is leaps and bounds above the competition. The duo made a film with no protagonist, with exception of a meowing physics paradox, about a beleaguered minority in bumpkinville USA, and they actually got asses in the seats. It is a heartbreaking film that keeps your mind reeling for hours after you leave the theater. The Brothers Coen are getting faster, smarter and bolder with every outing. That’s not to say that all of their output is great, but it was a joy to watch them tinker (finally!) in an overtly Jewish sandbox using all of the tricks they have garnered throughout their careers.

Leave a Reply to The Best Jewy films of 5770: according to HEEBAppend to Browser Title Cancel Reply