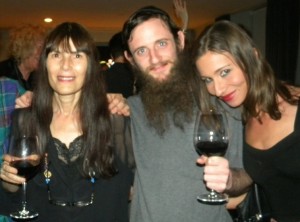 Last night’s Woodstock Film Festival benefit screening of “Holy Rollers,” the Jesse Eisenberg vehicle about Hasidic ecstasy smugglers, was crashed by an unexpected and uninvited guest, Luzer Twersky (yes, that’s pronounced “loser”), a Hasid who attributes his name to a “marketing decision” by his parents.

Earlier Luzer had engaged in a Twitter battle with the “Holy Rollers” filmmakers, many of which present at the screening, debating the accuracy of the film’s portrayal of Hasidic Jews.

Check out the heated Jew debate after the jump.