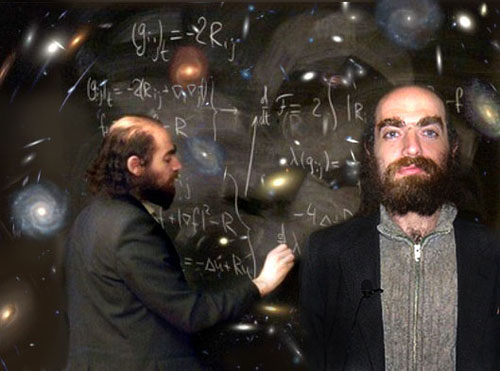 The reclusive Russian mathematical genius Grigori Perelman, whose severe expression and unkempt mustache and beard make him resemble every Dostoevsky character, refused $1 million for solving a problem that confounded mathematicians for a century. He also spurned the invitation to appear at the International Mathematical Union, saying, “I’m not interested in money or fame. I don’t want to be on display like an animal in a zoo.”

Like a brilliant antisocial animal in a gaudy, decadent zoo of sin. According to a neighbor, Perelman lives in a dirty, cockroach-infested apartment in St. Petersburg (math programs take note: pay your graduate students even less). His fingernails were at one point several inches long. In addition to prizes, he refused job offers from Stanford and Princeton. The puzzle he solved, the Poincare Conjecture, may help determine the shape of the universe. In 2006 he was unemployed and living with his mother on the outskirts of the city. It is reported that he retired from mathematics, finding it too painful and political.

If you read further, prepare to shed a tear.

When the New Yorker interviewed Perelman shortly after he declined the highest prize in mathematics, he said, while taking the journalist on a long walk through St. Petersburg, “I’m looking for some friends, and they don’t have to be mathematicians.”