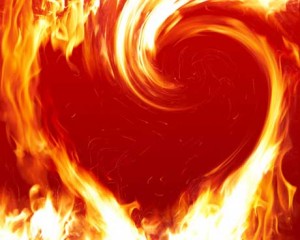 When girls put themselves out on the line for love, they sometimes get burned, but not usually by their father.

In Paris, a Muslim Tunisian man attempted to set fire to his “emancipated” daughter’s face.

“He then attacked her with the teargas and poured petrol over her head and face, after which he pulled out a lighter, causing her to scream.”

Apparently he was not pleased with her choice of beau, a Jew. Fundamentalism is one thing, but Joan-of-Arc-ing your own daughter? That’s going just a little too far—even if you are a Muslim in a city where anti-Semitism goes down as smoothly as brie on a baguette.

There is an adage many parents adhere to: No one is good enough to date my child. And sometimes proud papas take protectiveness to the extreme. When I introduced my most recent boyfriend to my elders, my father took a shotgun to the gentlemen caller’s face and demanded, “What are your intentions with my daughter?” It was hilarious (to everyone except le boyfriend). My father used a plastic rifle he borrowed from the neighbors (like a sensible Jewish man he didn’t want to spend $25 on a one-minute gag), but the sentiment was clear–don’t mess with my daughter.