Yesterday, was an exciting day for 23-year-old first baseman Ike Davis. The New York Mets rookie, who the spent the early afternoon at Modell’s Sporting Goods in Times Square for the official launch of the “I Like Ike” T-shirt, finished off the day helping his team to defeat its arch-rival the Philadelphia Phillies and moving just four games out of first place in the National League East. 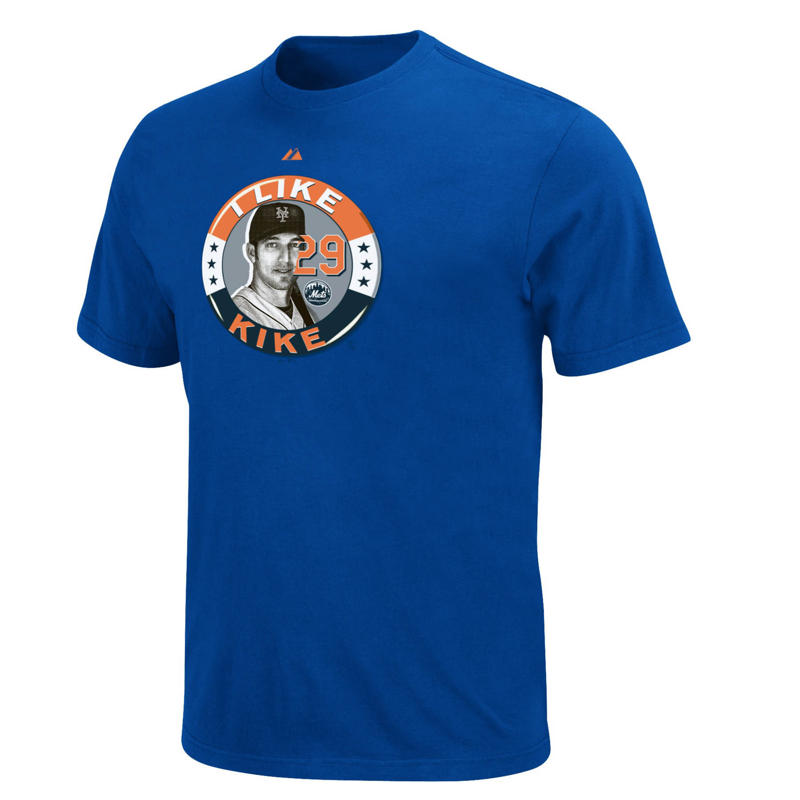 What’s even more improbable than the sweet-swinging phenom injecting life into the moribund Mets franchise, or establishing himself as the most exciting young player in the city of New York, or even being branded using an outdated reference to Dwight Eisenhower, one of America’s most boring Presidential figures, is that the T-shirt’s slogan (“I Like Ike”) is phonetically indistinguishable from “I-Like-Kike.” This is kinda the most exciting Jewish thing to happen to the Mets since my grandmother mistakenly heard “David Cone” as “David Cohen.”

The Hebrew Nation Needs Its Own World Series

“Where Have You Gone, Sandy Koufax?”