Do The Grateful Dead Sound Better In Hebrew? You Be The Judge.

Quintessential proto-jam band The Grateful Dead are back and jammier than ever with a round of live – and jawdroppingly expensive – concerts to celebrate the fiftieth anniversary of their smoking hash and going “meedly-meedly-meedly” on guitars, or something. 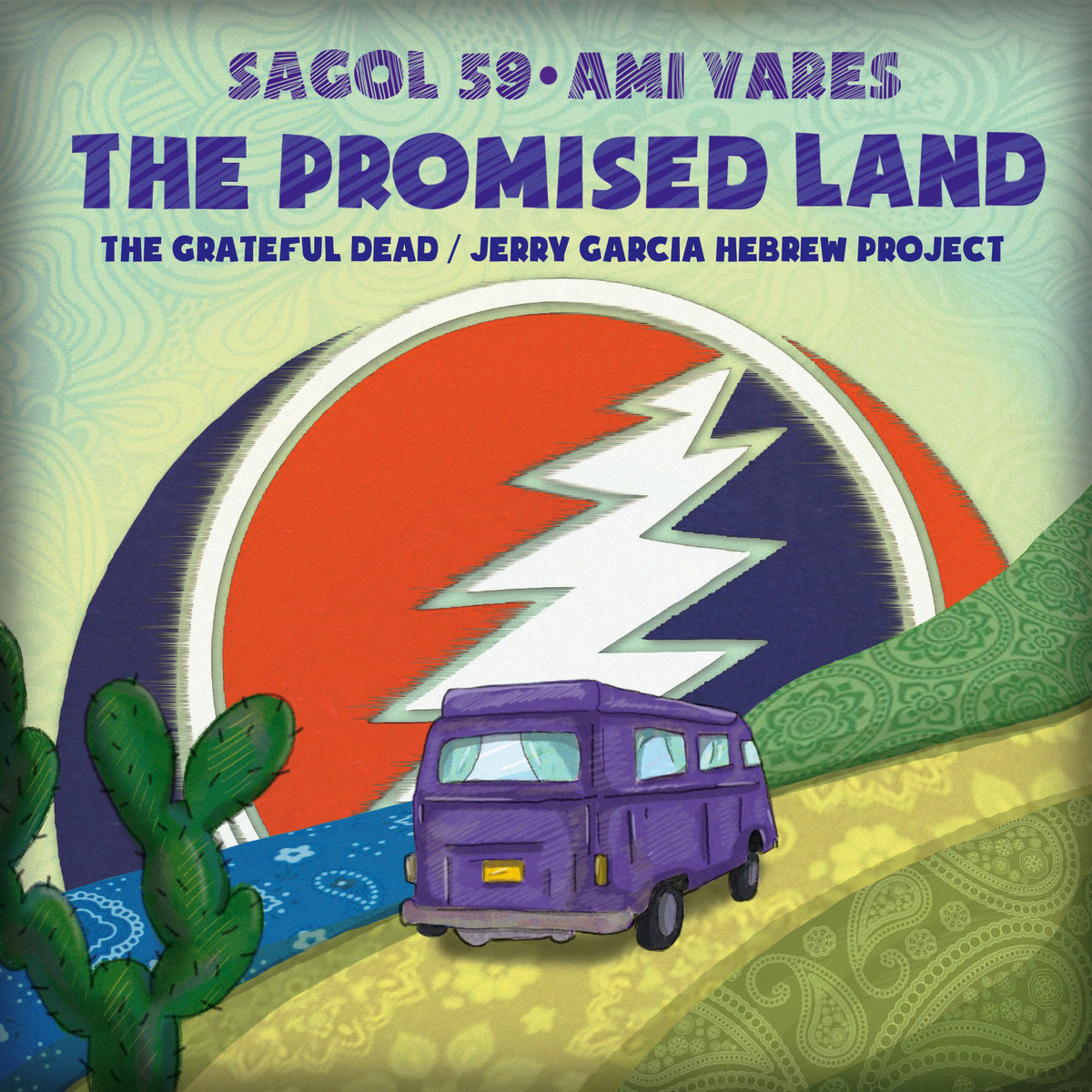 But, if getting stoned in an arena full of aging boomers hitting on unwashed college sophomores isn’t your idea of a fitting send-off for the iconic hippies, Israeli rapper Sagol 59, (born: Khen Rotem) has a unique way for you to enjoy (?) the GD’s catalog right from the comfort of your home. Sagol (“please, Mr. 59 was my father”), along with folk singer Ami Yaris have just released “The Promised Land” – a 16-track tribute to Jerry, Phil, Mickey, Other one, Stinky Joe, and the rest of The (not-quite) Dead, featuring Hebrew translations of some of the band’s greatest hits. As the album’s webpage explains:

“What happens when an Israeli Hip Hopper and a New Jersey Folkie meet to jam in Jaffa? They discover their mutual admiration for the music of the Grateful Dead and Jerry Garcia. This album is a result of a chance meeting-turned-musical project, stuff that can possibly only take place in the anything-is-possible GD frame of mind. Enjoy.

Sagol 59 and Ami Yares present: “The Promised Land”, the first ever Grateful Dead / Jerry Garcia project in Hebrew. Carefully translated over a two-year period and recorded in Israel and the U.S, the project was authorized by the band’s publishing company and completed just in time to celebrate Grateful Dead’s 50th anniversary. Enjoy our labor of love! Keep truckin’…

While the album is a fairly close approximation of some of the Dead’s classic tunes, that doesn’t mean it’s a 1-to-1 recreation of the band’s songs. Explains liveforlivemusic.com:

Rotem and Yares take some liberties in their translations, such as changing the names of US cities to popular Israeli ones, and skewing certain words to fit the proper number of syllables. While the language translations are not exact, the musical compositions are distinctly recognizable. “We didn’t try to copy the Dead, but we didn’t go for a post-punk industrial hip-hop angle, either,” Rotem continues.

Still, if this sounds like the sort of thing you’re into, the album is available to purchase for $7, and can be streamed below.