Colby Bird’s photographs and sculptures (featuring crack pipes, airplane alcohol bottles, and cocaine-smooth surfaces) lay bare a fascination with drug overindulgence and a kind of middleclass ostentation that is often baffling in its sincerity. Bird, who was raised in Texas and received his MFA from the Rhode Island School of Design in 2004, explains that he has always tried to find a common ground between a cerebral, high-art practice and a taste for the uninhibited or decadent. He achieves this in his studio, where social spheres that Bird finds alluring (yet impenetrable because of social norms) become accessible. There, the media and experiences he witnesses as an outsider distill into something he can own.

One figure from the “Crackheads Gone Wild” video makes a cameo appearance in “Royal Crown,” a sculptural installation Bird debuted at his 2007 show at CRG Gallery in Chelsea. In this work, a gold air freshener shaped like a crown (the kind commonly found at dollar stores and in customized cars) balances precariously on an upright 2×4. An adjacent monitor loops a VHS testimonial by the down-and-out addict who—with red hair like Bird’s—might be the artist’s doppelganger after some slippery twist of fate. “I saw so many parallels between him and myself,” he admits. “I was jealous of this guy’s complete debasement; It was like looking at my id embodied.” What became apparent to me is that Bird sees this other self (who, in the film, admits “what I’m wearing is all I own”) as heroic in his unabashed candor, and crowns him, however incongruously, as noble.

Bird’s large-scale photographs also use objects to obliquely describe a certain drug-addled, modern condition. One C-print titled “Theater,” for instance, depicts several small vodka bottles sitting on a dirty windowsill; The window behind is partially covered with a red velvet curtain—a seemingly futile attempt to block out the pinkness of dawn. Taking a cue from early photographers who combined negatives to illuminate both interior and exterior spaces simultaneously, Bird uses a lighting trick to elucidate what he calls “two planes of reality”: The world inside after a night of binging versus the alien world outside, full of people starting their day sans hangover. In another photo (pictured above), Bird puts a modern spin on a Dutch still life: A cheap wineglass stands in for a chalice, while a bouquet is replaced with a glass tube containing a tiny rose (a thinly disguised crack pipe sold at bodegas). Both photos can be read as sad, foreboding images, equally loaded in poignancy and color.

“What I struggle with most in my work is that I put my own tastes out there for examination, and they are too often taken as insincere or ironic,” Bird laments. He suggests that now—as the art market wanes with Wall Street’s—art audiences might receive his earnestness more readily. “If the economy bottoms out, it will be harder to see a crack pipe as something abstract and more as a fact of society.” 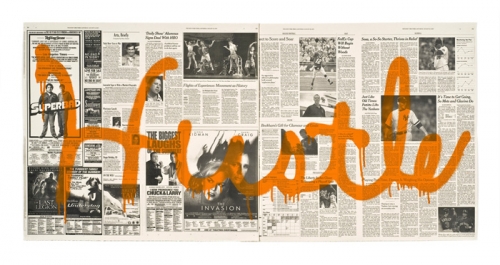 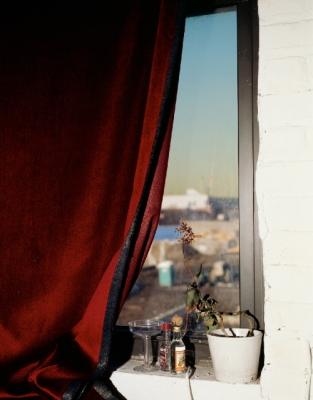 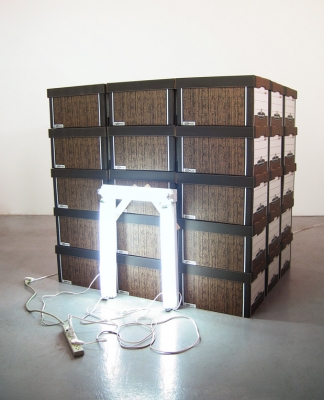 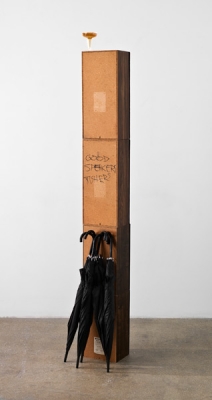 All images courtesy of the artist and CRG Gallery, NYÂ