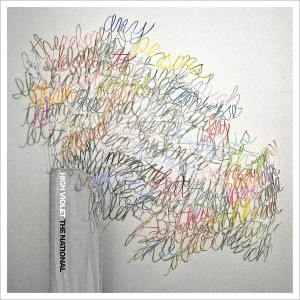 The most interesting thing about the National is that its five members aren’t all that interesting. “The National aren’t “dad-rock” so much as “men’s magazine rock”: music chiefly interested in the complications of being a stable person expected to own certain things and dress certain ways,” said Pitchfork of the band’s new album High Violet.

In its cover story, The Village Voice calls singer Matt Berninger “a near-perfect mix of the personalities that surround us every day.” The New York Times Magazine, also with significant coverage, describes them as “five men in their mid- to late 30s, with mortgages, children, wives or serious girlfriends and musical tastes that have likewise settled into convictions.” If you were looking for escapism in your rock and roll, apparently, this isn’t the band to provide it for you.

Perhaps this is why I’ve been obsessed with the National since their sophomore album, Sad Songs For Dirty Lovers. The five Ohio transplants exude normalcy, gentleness and humility in a way that never felt disingenuous. Berninger’s vocals are crooning and haunting but also withdrawn and insecure, while the backing band’s instrumentation projects a majestic glow that somehow stays rooted in a middle class aesthetic. Sad Songs, however, only hinted at the National’s potential —follow-ups Alligator and Boxer were evocative powerhouses full of stunning moment after stunning moment. Both albums topped my best-of lists for their respective years because they resonated so strongly as the soundtrack to my non-reckless lifestyle.

These high expectations are perhaps why High Violet, released two weeks ago, is also somewhat disappointing. The fifth release by Berninger and his band of brothers (Aaron and Bryce Dessner and Bryan and Scott Devedorf) is competent and consistent, but rarely thrills. If anything, it lulls and sedates. Vanity Fair inexplicably labeled these Brooklyn mortgage holders as our country’s Radiohead (a comparison which would surely confound the band itself). “Much as Radiohead did between The Bends and OK Computer, the National have taken every element in their sonic palette,” writes Bill Bradley, “From the layers of orchestration to the propulsive drumming, to guitars tuned in ways previously unimagined—and stretched each one’s scope and reach.” But really, when Radiohead announces a forthcoming record, we have no idea how it’s going to sound. The problem that the National has right now, though, is the exact opposite—we know exactly.

Except, with High Violet, the band has disappointingly opted to travel even further down the sedate route. It’s understood that Berninger will no longer employ his tortured howl (see: “Mr. November”)—granted—but the closest the band gets to un-depressing us on this fifth effort is “Blood Buzz, Ohio.” It’s almost as if during recording sessions the National was too concerned about waking up the babies and so they gave us a record of ballads.

Don’t get me wrong—High Violet is full of beautiful moments. “Runaway” is a tender lullaby, while “Afraid of Everyone” is haunting and spectral. The jangly “Sorrow” may be the most compassionate song the National has ever written (and knowing Berninger was thinking of Bryan, his drummer, when he wrote the lyrics makes it all the more heartfelt). But the double serving of “Anyone’s Ghost” and “Little Faith” feels limp and uninspired. I mean, the band is poised to finally realize the success it has been diligently working towards—why are they in such a dour mood all of a sudden? Is being a stable and married man with a kid and a job really that depressing?

The National’s High Violet is on sale now. Visit the band’s website or MySpace page for more information.