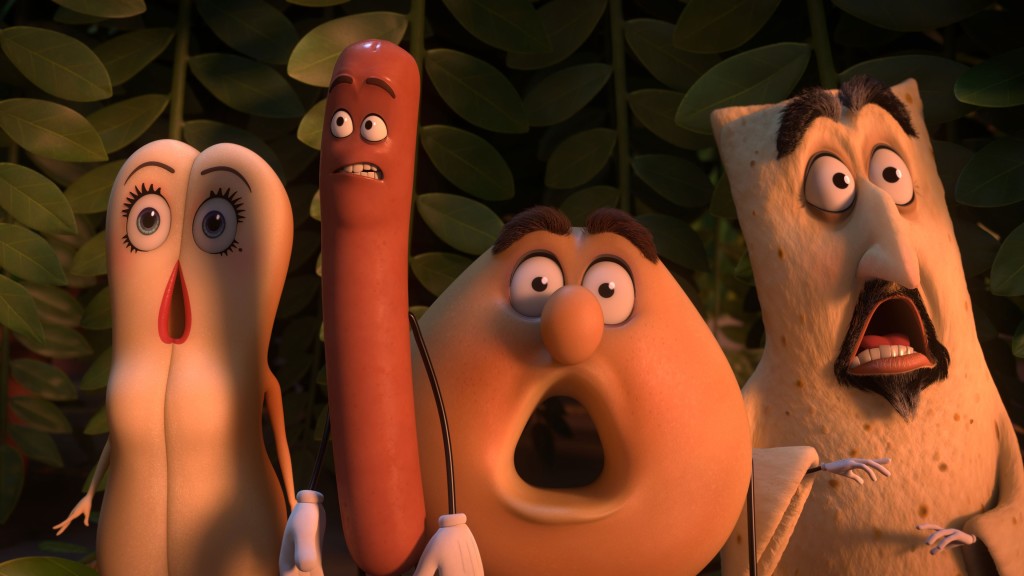 Around midnight last night here in Austin, as I was just getting home and heading to bed, the trailer for Sausage Party, the new animated film from Seth Rogen and Evan Goldberg (among others), hit the web. Reactions on Twitter seemed lukewarm at best, which I found strange since I had just seen the film, and it’s one of the funniest things I’ve seen in a long time. Sausage Party delivers.

It’s an R-rated animated film about a hot dog named Frank, played by Rogen, whose goal in life is to go to the “great beyond” (everything outside the grocery store he lives in) and slip into his girlfriend, Brenda, a bun played by Kristen Wiig. When the two of them fall out of their packaging, they go on an adventure around the store and learn the truth about the gods (humans).

Don’t let the 3D animated nature of the film fool you: Sausage Party earns its rating. When asked, after the screening, how they planned to get it past the MPAA, Rogen said they had already shown it to them and been handed the R. Then, in a sing-songy voice, he told the audience how they did it: “Food can fuck.”

Ever since Superbad (which, if you want to feel old, was almost a decade ago) Rogen and Goldberg have built up one of the strangest repertoires in movies. They’ve done a major comic book film with The Green Hornet, the celebrity apocalypse extravaganza This is the End and the now infamous The Interview, a film that caused such an international uproar the White House had to weigh in on whether it should be released. They have proven time and again that they’re unafraid of going absolutely nuts on screen. Take that comedic bravado, and then remove the strictures of, well, physics. In an animated universe, the two can go completely unhinged, and boy do they ever.

The myriad characters Frank and Brenda meet on their adventures are all hysterical, but my (obvious) personal favorite is Sammy Bagel Jr. Played with an affected Woody Allen Brooklyn twang by Edward Norton, Sammy spends most of the film arguing with a lavash flatbread from the Halal aisle. Yes, it goes exactly where you expect it to. There’s also Salma Hayek’s Teresa Taco and Craig Robinson’s Mr. Grits. (Robinson claimed the character was originally called “Uncle Tom’s Rice.”)

Sausage Party is not just a funny film. It’s uproariously funny. It’s loaded to the teeth with belly laughs. Some scenes are so damn funny the laughs step on the next four or five jokes. One character, a stick of gum, is so hilariously rendered that I don’t think anyone in the Paramount Theater last night actually heard three quarters of his lines. We were in tears. It’s that funny.

Ever since Bridesmaids played at SXSW as a “Work-in-Progress” screening and then went on to do incredible box office (not to mention garnering two Oscar nominations), comedies have been soft premiering in Austin with that same moniker. Keegan-Michael Key and Jordan Peele’s Keanu, as one example, played late Saturday night as a “Work-in-Progress,” though the only thing that looked unfinished was the credits. 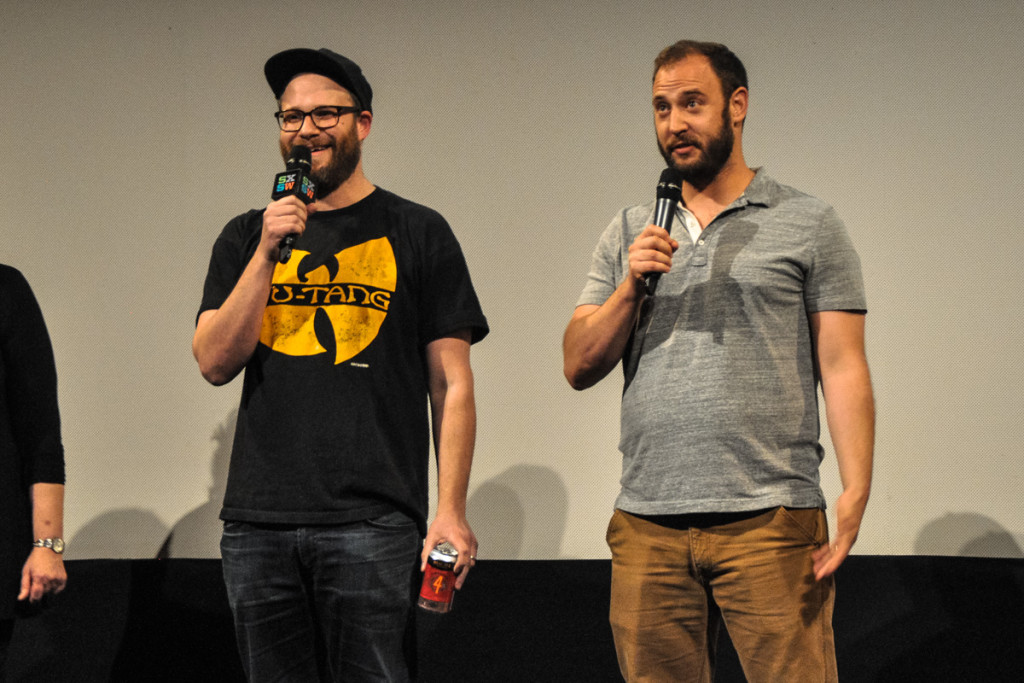 When Seth Rogen took the stage to introduce Sausage Party, though, he promised us: it is very much not done. Some scenes were hand drawn, some scenes were just still frames, and some scenes, including a hilarious opening song and dance, were low resolution renders of some of the characters without the backgrounds fleshed out. As a friend noted after we left the theater, it’s a real testament to the filmmakers that, even with the film unfinished, the audience was completely hooked.

Before I wrap this up, I need to give credit where it’s due. The story is Rogen and Goldberg’s, but they wrote the script with Kyle Hunter and Ariel Shaffir. Greg Tiernan and Conrad Vernon (whose animation pedigree is no joke: he directed Shrek 2 and Monsters vs. Aliens) directed the film, and you can tell that a lot of love went into the creation of this grocery store world. Though Vernon has worked on mostly children’s films, he mentioned last night that he signed on because he’s been dreaming to make a wild animated film for adults ever since he saw Heavy Metal as a boy. His dream has definitely come true.

Is the world ready for a filthy, hard-R comedy about food? There’s been a lot of talk lately about an insurgence of R-rated fare in the wake of Deadpool. Don’t forget though: raunchy comedies have been extremely successful in recent years. Ted, Bridesmaids, The Hangover, even the Rogen-starring Knocked Up are all examples of R-rated comedies that were huge hits in theaters. Now, I don’t think there’s ever been anything quite like Sausage Party, which has the candy-coated sheen of a Pixar film. But it’s damn funny, and I think audiences will only be too happy to laugh. We’ll find out in August when the film comes out.