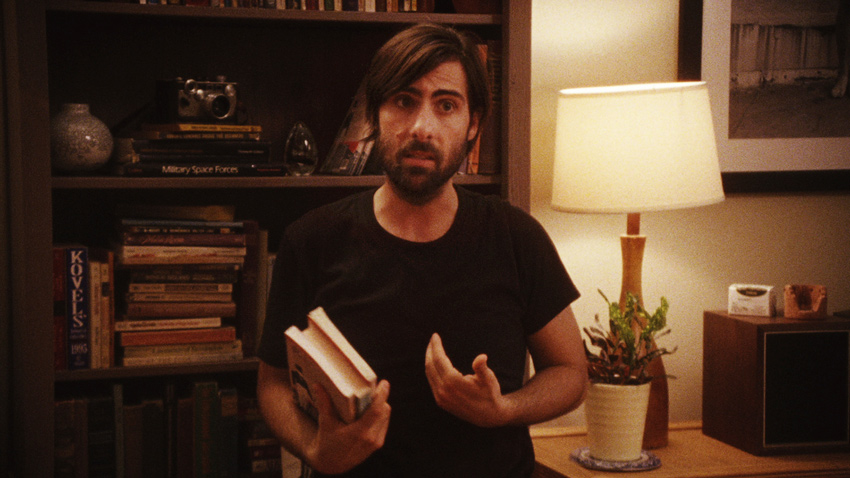 Listen Up Philip is the story of three artists finding their respective places in the world; a triptych studying self-worth and professional advancement. Make no mistake, though, Alex Ross Perry’s new feature isn’t a saccharine coming-of-age indie. Instead it shows you the dark underbelly of creative endeavor.

The wandering tale kicks off when Philip Lewis Friedman (Jason Schwartzman), in the months leading up to the release of his second novel, gives a tongue-lashing to an ex-girlfriend for being a tardy lunch date. This event sparks something inside that leads him to distance himself from his photographer girlfriend, Ashley (Elisabeth Moss) and serve as protege to Ike Zimmerman (Jonathan Pryce), an aging author of considerable note some decades prior.

Like clockwork, Perry’s film is divided into three overlapping sections, one following each of our main characters. If I had my pick, I would rather have seen a full feature following only the story of Ashley, the spurned photographer girlfriend dealing with the mess of her own life left in the wake of Philip’s self-discovery (or perhaps self-destruction). Elisabeth Moss’s performance is among my favorite of the year. She brings a depth to the role that keeps you with Ashley even as you think she may simply lose her mind. This preference of mine is a personal one though, perhaps linked to my own views of success and artistic struggle. Ashley finds happiness in making commercially viable work. She shoots national ad campaigns and can responsibly make rent while subsidizing her striving boyfriend’s life. This is what success looks like to Ashley. It is far different from what it looks like for Philip, and different still from that of Ike Zimmerman. Which is what makes Listen Up Philip a personally gratifying, if at times difficult, film. Each viewer can find someone relatable. 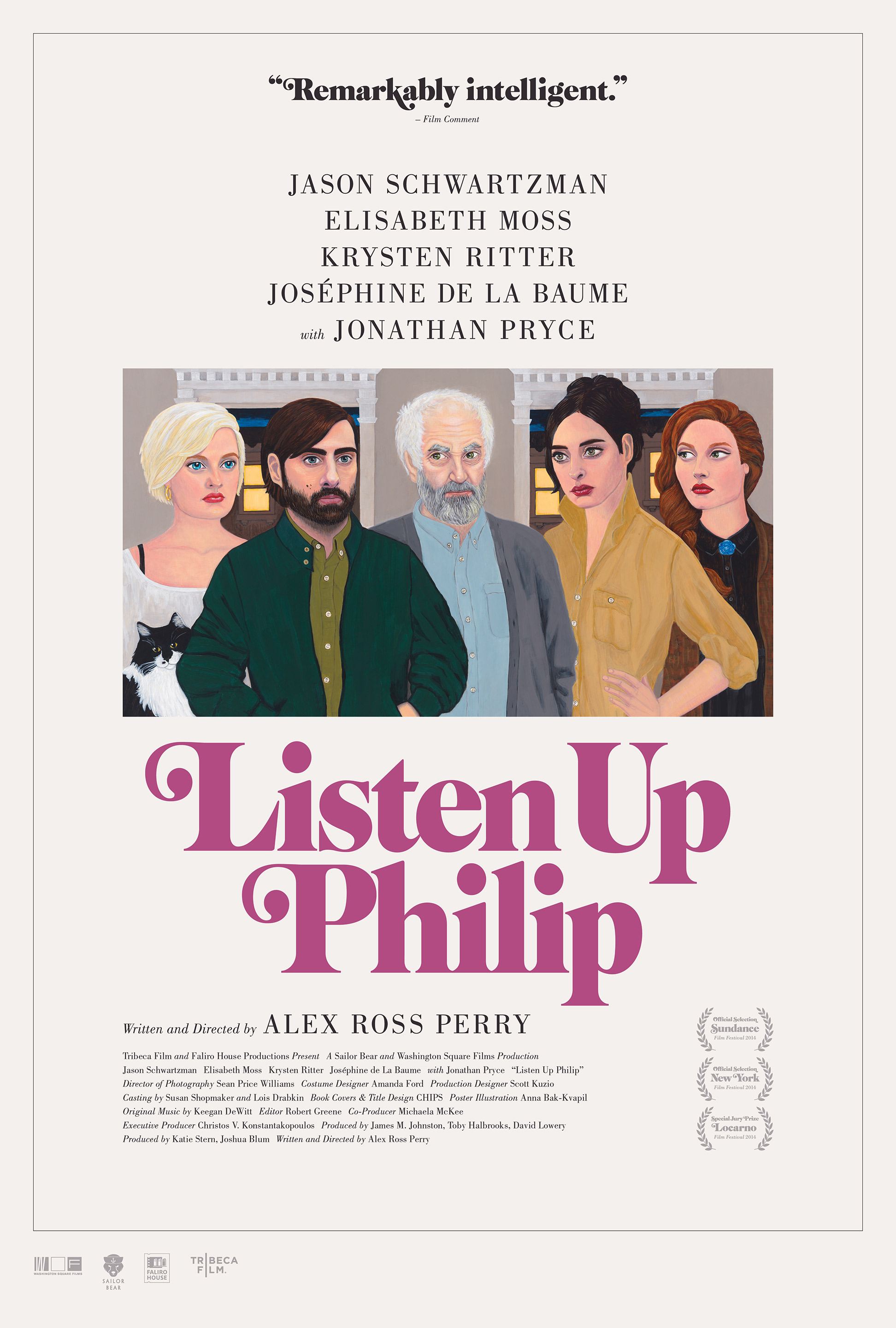 It is Philip whom the title suggests should “listen up.” The film is ultimately his story even when told through vignettes of others. Ike Zimmerman is forever near writing another smash novel. Still living off successes long forgotten (Perry acerbically titles his last 1980s hit Audit), Zimmerman is often daydreaming of the bygone days of literary fame. He was once a giant, or so he claims, in a world that still had room for them. No wonder Philip is drawn to him; he wants everything Zimmerman has, including the heartache and altogether dour disposition that comes with success. Philip wants to be Ike; Ike sees himself in Philip. Yet you get the sense that Zimmerman’s glamour really was just a reverie, a mis-remembrance through rose colored glasses.

And that’s the rub Philip has trouble getting through his head: success is merely a construct, but one that he will no doubt deal with for the rest of his life. At one point Philip’s publisher breaks the bad news that The New York Times will be giving his book a negative review. Bad news, yes, but a review in the Times is, for most young authors, a success in itself. He has “made it,” in a sense, or as Philip prefers to put it, he’s “notable.” Still, to Philip, even the good news is bad. He will never reach the imaginary peaks he desires. This is by design.

Perry’s film has some very funny moments amidst all the heartbreak. Schwartzman’s best moments are small ones when he fully becomes Friedman the blowhard. There is an all too brief moment, for example, where he announces he will rattle off authors who have shunned press tours and begins counting by hand without saying a word. You can see Schwartzman getting lost in Philip, and Philip getting lost in his own literary bravado. He may not be easy to like, but it’s easy to be entertained by him.

I’d be remiss if I didn’t mention the film’s thin relationship with the work of Philip Roth. From the title character’s first name to the swashed Caslon typeface used in the credits to the many dust jackets we see of Ike Zimmerman’s work, a viewer wouldn’t be wrong to assume there is some sort of Roth influence here. Richard Brody at The New Yorker can (and did) speak with more authority on this matter, but the short of it is that Roth is merely a jumping off point for the literariness of Listen Up Philip. No one character is a stand in for Roth, nor for one of his most well known (and earliest) characters, Alexander Portnoy, the quintessential Jewish man-child. Friedman is far more put together than Portnoy ever was. Oddly, the absence of a Roth connection is almost a connection in and of itself. It’s a curious choice that puts the viewer quickly in the mindset that this is a film about great authors.

If at times frustrating, Listen Up Philip is an altogether special affair. The viewer must be actively engaged for even the smallest bits to resonate. Even the omniscient narrator, a creative choice I at first thought to be lazy and tacked on (show, don’t tell, please), adds much to the pace of the story. We meet our characters mid-stream and run from there. If you can keep up, Perry will reward you for it in the end.