If hot button topics like artificial insemination, surrogate pregnancies and the exploitation of cheap labor in India have lost their appeal individually, allow me to introduce Google Baby, the Israeli documentary that combines all three. Zippi Brand Frank’s feature had its US Premiere at SXSW, and I was one of many whose jaw dropped early, and remained extended throughout the screening.

Doron and his partner recently had a baby through an American surrogate. Total cost: over $100,000. When a less-wealthy friend expresses interest in doing the same, a light bulb goes off above Doron’s Israeli businessman head. With a background in “hi-tech,” he knows where to outsource for quality work done cheaply and quickly: India.

With a little research, Doron finds a surrogacy clinic in India that suits his needs: the women are housed throughout their pregnancies for a healthy birth. In exchange for acting as nine-month ovens, they get anywhere from $6,000 to $8,000 — far less than any American would charge but enough for these ladies to buy a home. And since most of Doron’s couples want pretty white babies, he ships in Caucasian eggs from the states. American eggs mix with Israeli sperm in Indian uteri: Globalism Gone Wild. 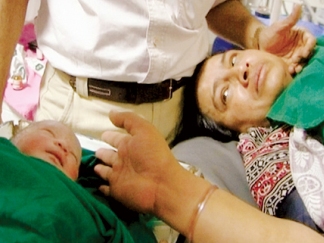 The stuff of sci-fi novels, Google Baby is sure to lead to many awkward dinner table discussions. The clinic claims to only resort to surrogacy for couples unable to have a child, and isn’t it a blessing that a loving family can now have a baby at an affordable price? And if the surrogates are duly compensated, isn’t it even more of a mitzvah? 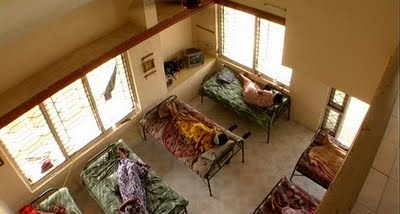 What’s so wonderful about this little documentary is that it doesn’t go to the trouble of asking any of these questions. Rather, and rightfully so in my opinion, Google Baby presents the facts as they are. People want babies, so they look to India to find cheap ones. The rest of the discussion – the classism, questionable medical ethics, racism and exploitation – is up to us.

Chosen Film: Within the Whirlwind